The South Korean carmaker said in a statement that it has applied for a patent for Road-noise Active Noise Control, or RANC, both in the domestic market and the US. With RANC, the internal noise of a vehicle drops 3 decibels, half of what a passenger hears from a regular vehicle, it said. 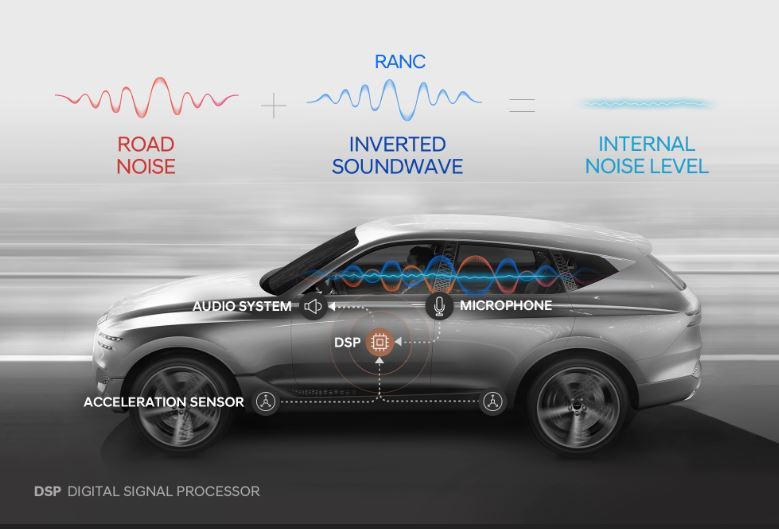 The technology, developed over six years, uses an acceleration sensor to measure the level of road noise and a digital signal processor that analyzes it, instantly producing inverted sound waves to offset the sound.

RANC, a digital version of noise control, replaces the conventional method of using soundproof materials, reducing the weight of the vehicle and improving fuel efficiency.

The components for RANC technology, developed in cooperation with academia and startups, will be mass-produced by Harman, added the company.

The GV80 is likely to make its world premiere this month in Korea.