The monorail sold 37,365 tickets in the first month of its existence, according to Incheon Transit Corporation. It added that the number of people using nearby Incheon Station had jumped 25 percent. 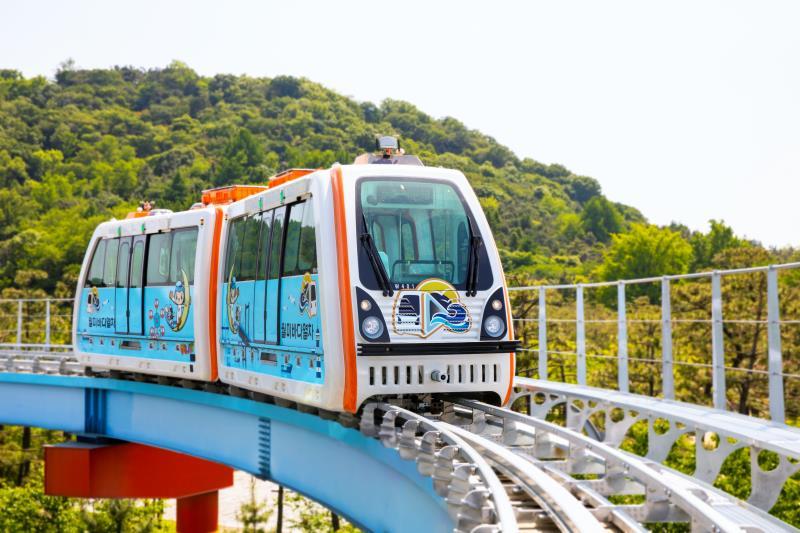 Enterprises at Wolmido have been launching promotional products related to the Wolmido Sea Train; for example, those who arrive by train can buy tickets for the Wolmido Cruise at 15,000 won ($13) instead of the usual price of 18,000 won.

The ITC plans to renovate the waiting rooms and has a contingency plan to move up the opening hours from 9:30 a.m. to 9 a.m. in the case of increased demand.

“We plan to provide more attractions for the (Sea Train) users, thus making the Wolmi Sea Train one of the best-known tourism brands in the country,” said ITC chief Jeong Hee-yoon.

The monorail has a 6.1-kilometer single track on a loop, with four stations: Incheon Station, Wolmi Park, Wolmi Culture Street and Wolmi Museum. It takes around 30 minutes to circle around the entire track.
(minsikyoon@heraldcorp.com)