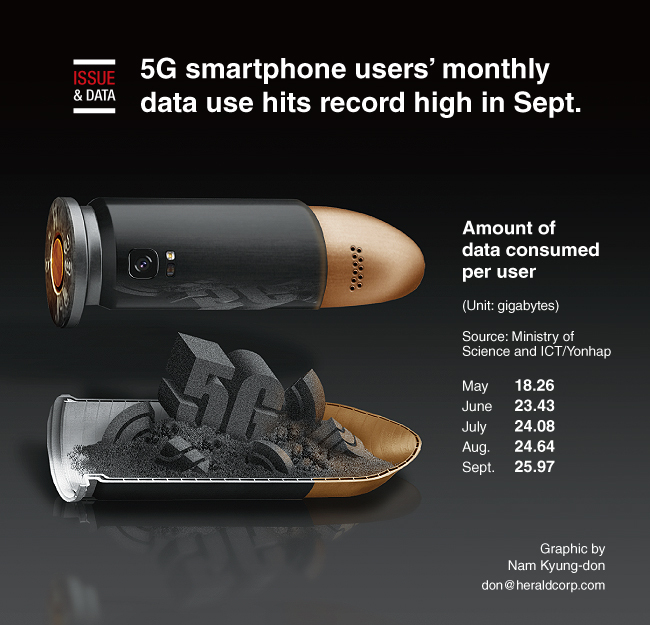 Users of smartphones running on fifth-generation networks used a record amount of data in September, data showed, amid growing demand for mobile content.

The combined amount of data used by South Korean users of 5G mobile devices reached 87,928 terabytes, according to the data released by the Ministry of Science and ICT.

Since the number of 5G subscribers totaled 3.46 million that month, the figure translates to 25.97 gigabytes per user. A two-hour high-definition movie file has around 2 gigabytes of data. (Yonhap)