The seven members, all dressed in black except for JB who wore a brown sweater, were excited to return to the music scene.

It’s been six months since it dropped “Spinning Top: Between Security & Insecurity” in May. 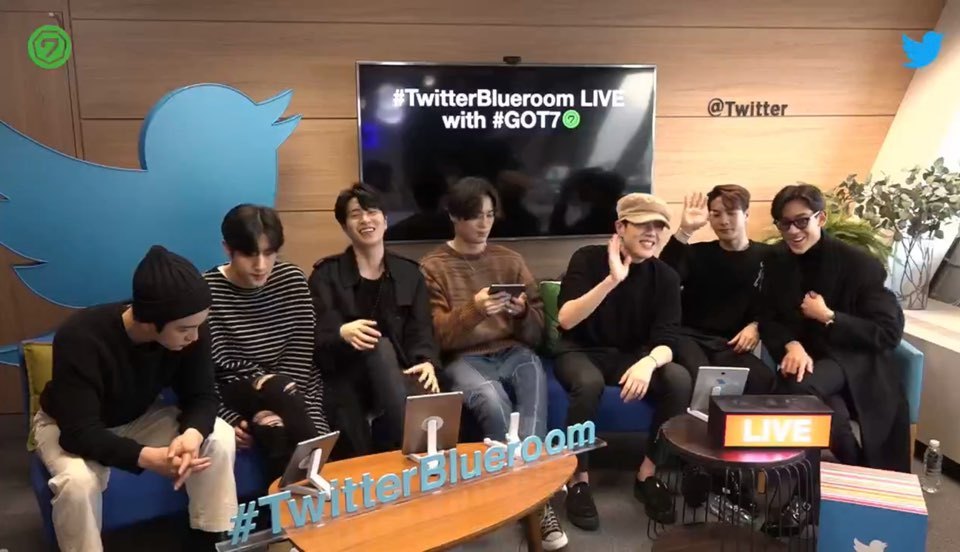 Kicking off the broadcast by streaming its latest music video “You Calling My Name,” sophisticated and sensual track that highlights the band’s sexy concept, the members talked about their new album and what it means to them.

“The album talks about name, how our names become complete, when we call each other’s names,” said Yugyeom.

“The title track ‘You Calling My Name,’ is a song dedicated to our fans Ahgase (GOT7’s fandom), who are the reason of our existence and our name,” said Youngjae. “It carries both thankful and sorry feelings to our fans. Also we are donning a suit concept, which our fans like.”

Youngjae was also picked by the fellow bandmates as the person who changed the most during the hiatus, as he went on a diet and lost 8 kilograms. 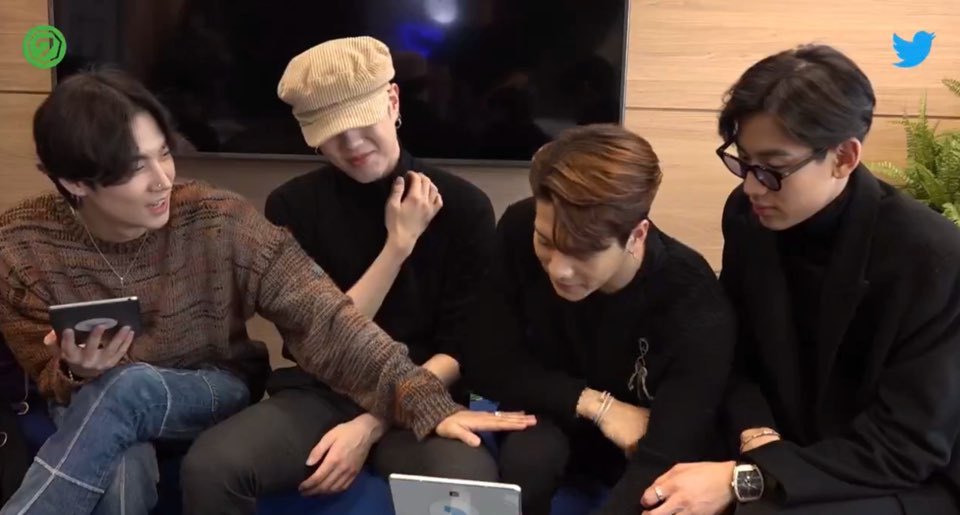 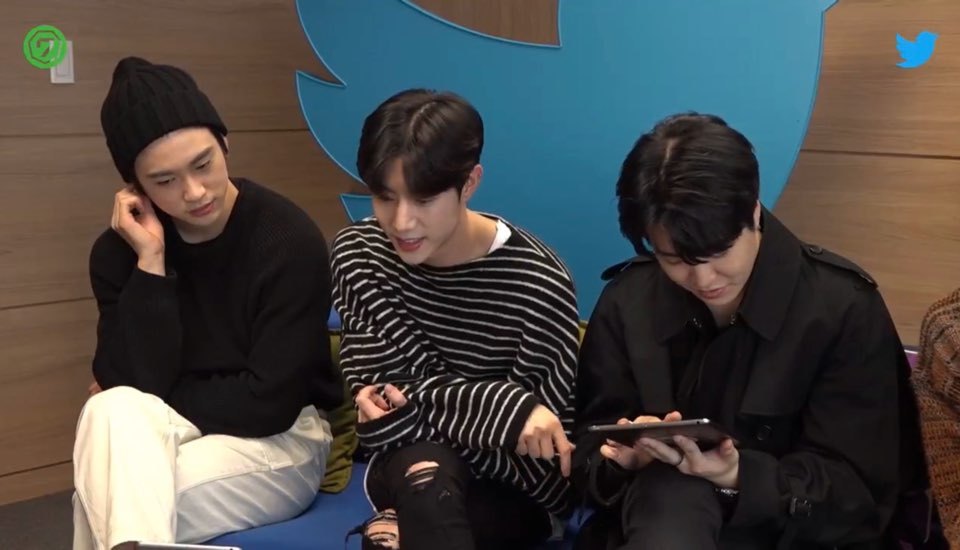 The members also shared their most memorable moments when their fans called their names.

“Yesterday, we held a showcase. Many people have waited for a long time and came all the way to Incheon. It was very meaningful,” said Yugyeom. “When Ahgase shouts our names and cheer for us during our year-end stages, it gives us strength.”

“I love it when fans call for ‘encore’ during the performances,” said BamBam.

The members talked about the dance moves of the new song and decided to give a nickname to the key choreography. After the members discussed, they decided to call it the “shrimp dance,” because the move resembles the shape of the animal. Other candidates were “clock dance” and “insect dance.”

GOT7 is currently on a world tour “Keep Spinning,” where it made stops in major cities in Americas, Europe and Asia. The band will continue the tour next year. Among them, Thailand stop will be special as it will be the band’s first stadium concert outside of Korea.

“I still can’t believe it, and it will feel more real when we are actually there,” said Jackson.

“When we feel the heat of the weather, I think it will feel more real,” said the Thai native BamBam. 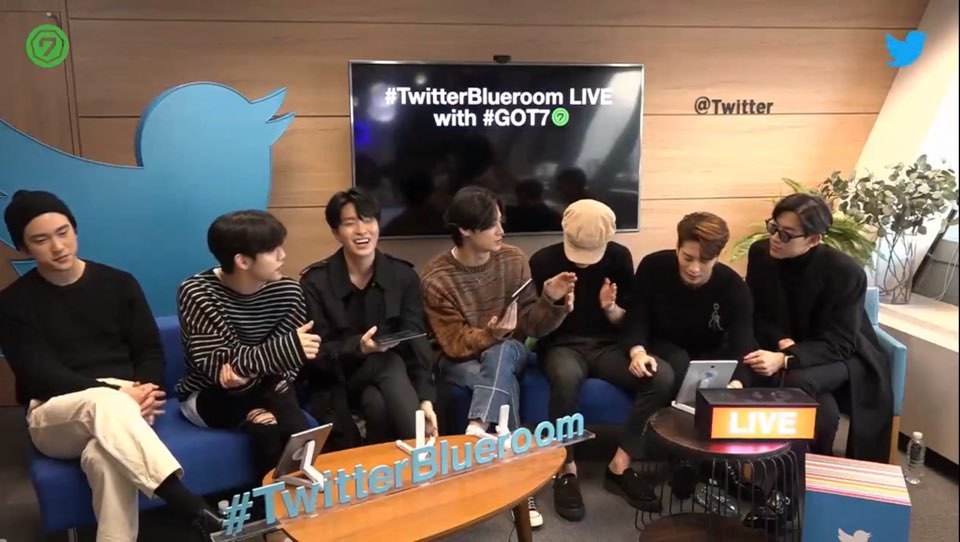 GOT7 has been a frequent guest on Twitter’s signature program Blueroom, making an appearance last year and also earlier this year. No wonder they seemed perfectly at ease this time, joking and enjoying their live-session.

They also blurted out some “TMI” moments of the day, indulging fan’s curiosity.

BamBam shared that when he fell asleep inside a car today, he was dreaming of doughnuts, saying he was craving for it. So when he woke up from the short nap, he ate a doughnut.

Other members told on Yugyeom that he was not wearing socks today.

When fans asked about GOT7’s Christmas plans, the members said they will probably be working, performing at year-end concerts.

“We will be hanging out with our fans,” said Mark.

On the promotion with the new album, the members said they are pumped to showcase new side of them with the release.

“It‘s our last album of the 2019, and we are very happy to release one before this year ends,” said Jinyoung. “We will finish off strong and return again with good albums next year as well.”

“We are preparing something spectacular on the stage this week, so be excited,” said Jackson.

“We are excited to be singing and performing with fans this time,” said JB. “We hope our songs and music will give comforts to our fans and listeners.” 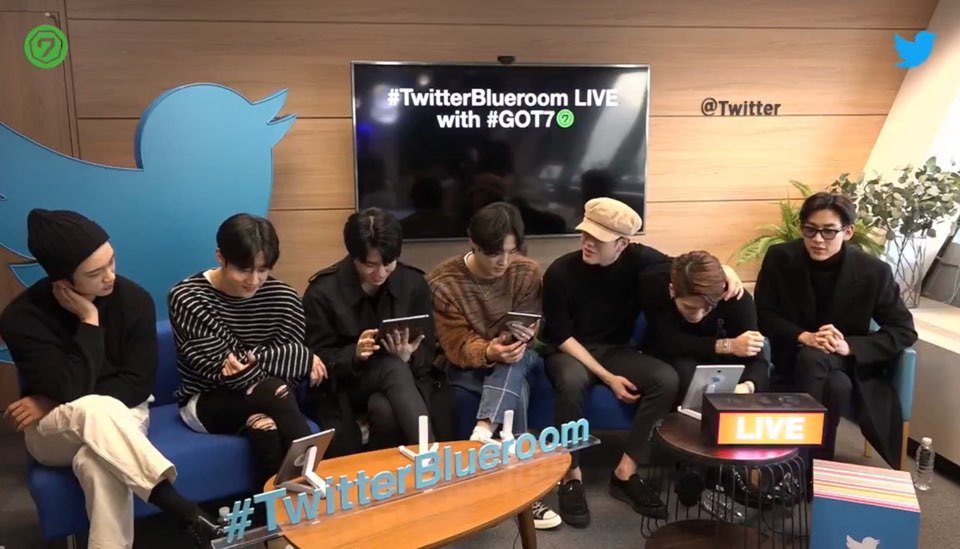 The hourlong broadcast felt short for the members and the viewers, but to close off, the multi-national members bid good byes in Thai, Chinese, Korean, English and Japanese.

Kpop Herald is the official media partner for the livestreaming show. Visit our Twitter account, @Kpop_Herald, for behind-the-scenes clips, exclusive photos and stories.