The Bangbae Police Station said the unnatural death of the financial officer was reported during the day, adding that the detailed cause of death has yet to be identified. 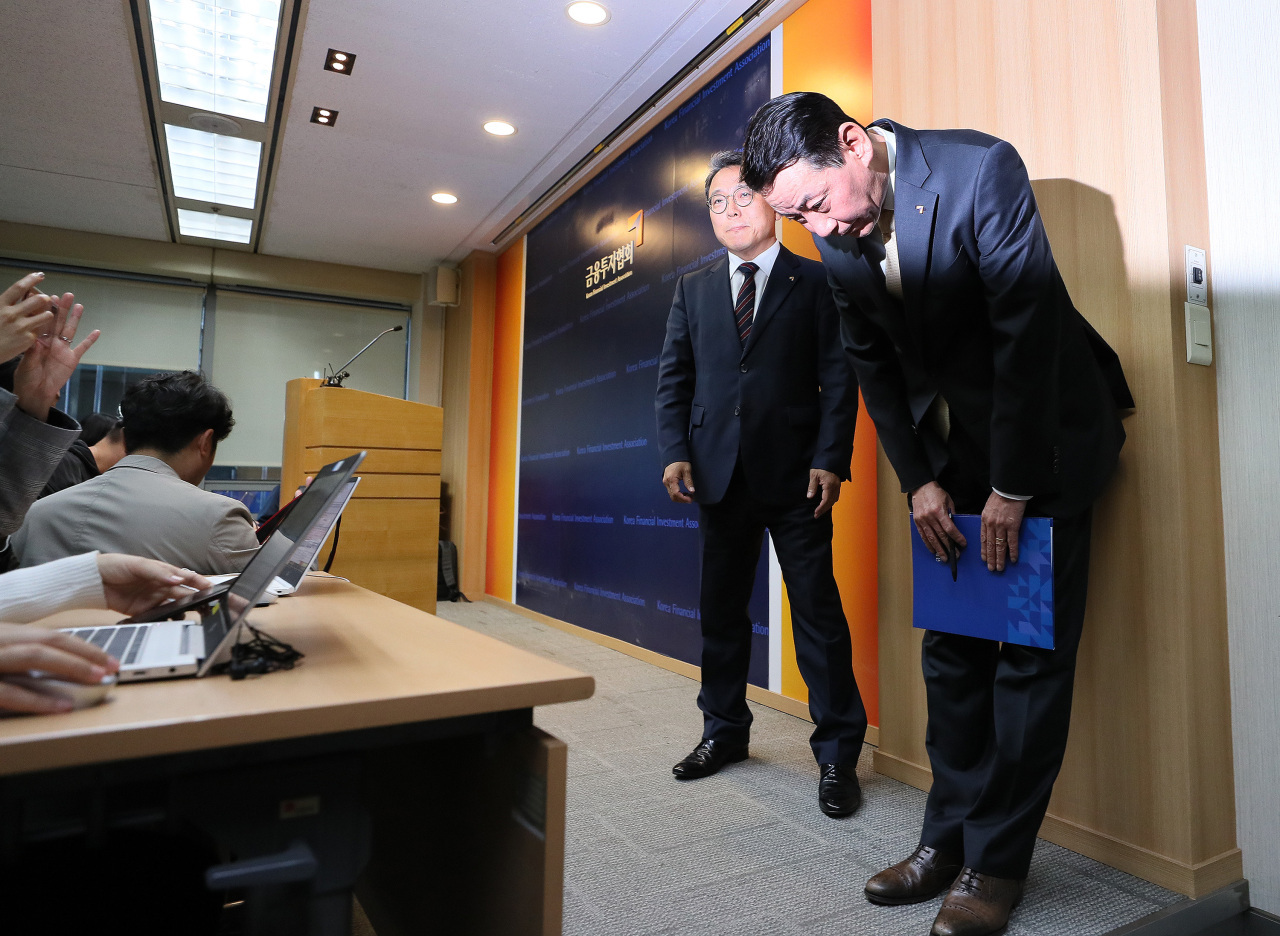 The financial officer’s reported death came in the wake of a recent allegations of his verbal abuse against staff -- behavior dubbed “gapjil” in Korean.

Last week, Kwon apologized for his alleged behavior but decided not to step down from his post.

“I have decided to continue as Kofia chairman until the end of my term,” Kwon said in a press conference held at the organization’s headquarters in Yeouido.

“I was notified by the board that a chairman’s responsibility is too important to be determined by a personal issue and a leadership vacuum is likely to create other problems. They said that it was a responsible choice to first wrap up any existing matters,” he added.

Kwon landed himself in hot water after recordings of his verbal abuse of his driver and employees were leaked to the press.

Kwon took office last year for a three-year term, which was set to end in February 2021.