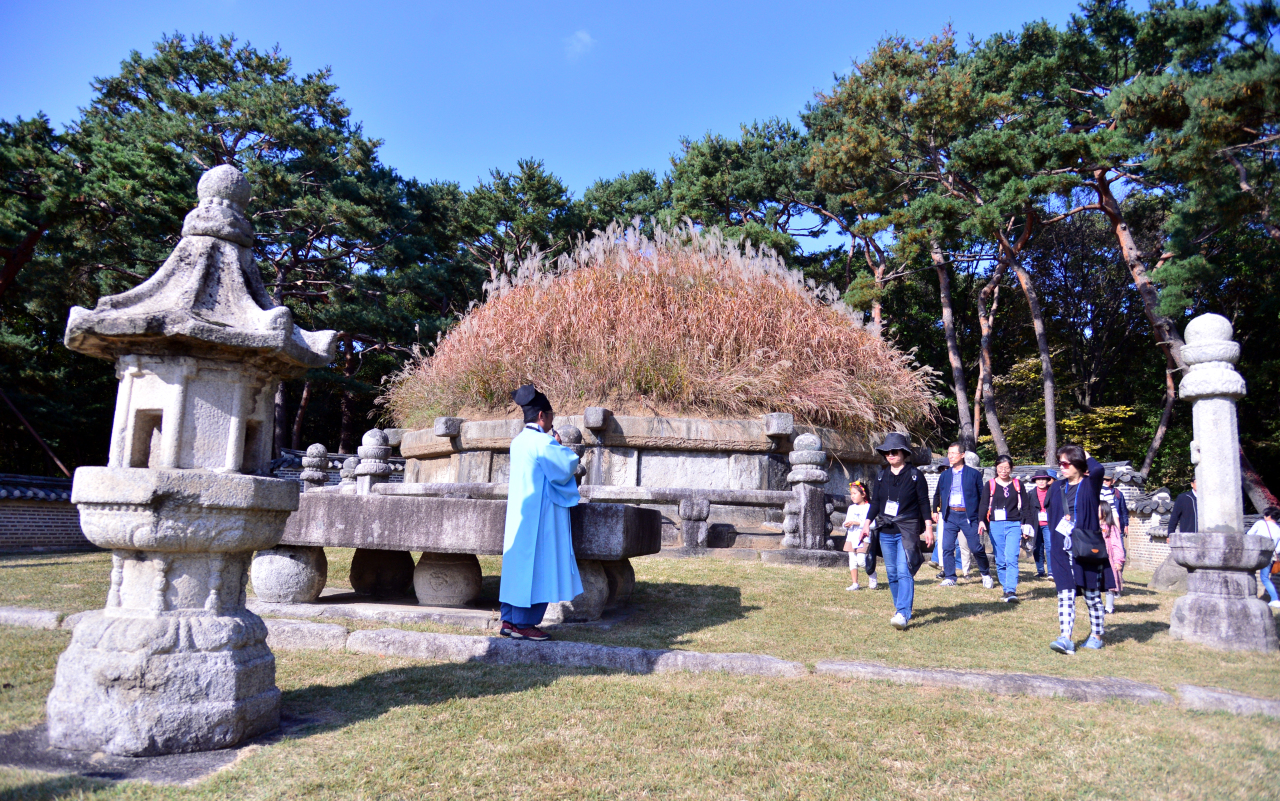 It’s unusual: tall silver grass covering the burial site of a king. Geonwolleng, the royal tomb of the founding King Taejo of the Joseon era (reign 1382-1398), is probably the only place in the world where one can take a glimpse into the past and enjoy the spectacular sight of silver grass waving in the autumn wind at the same time. 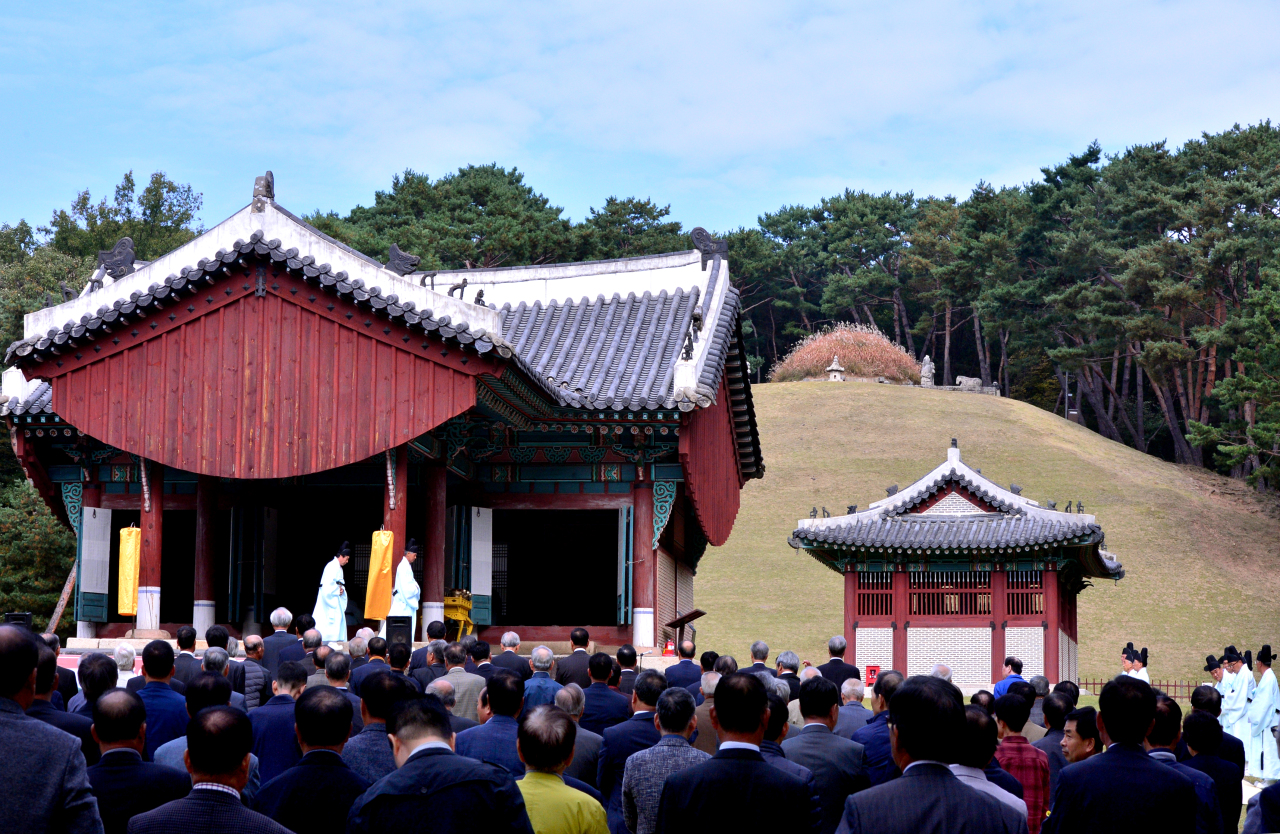 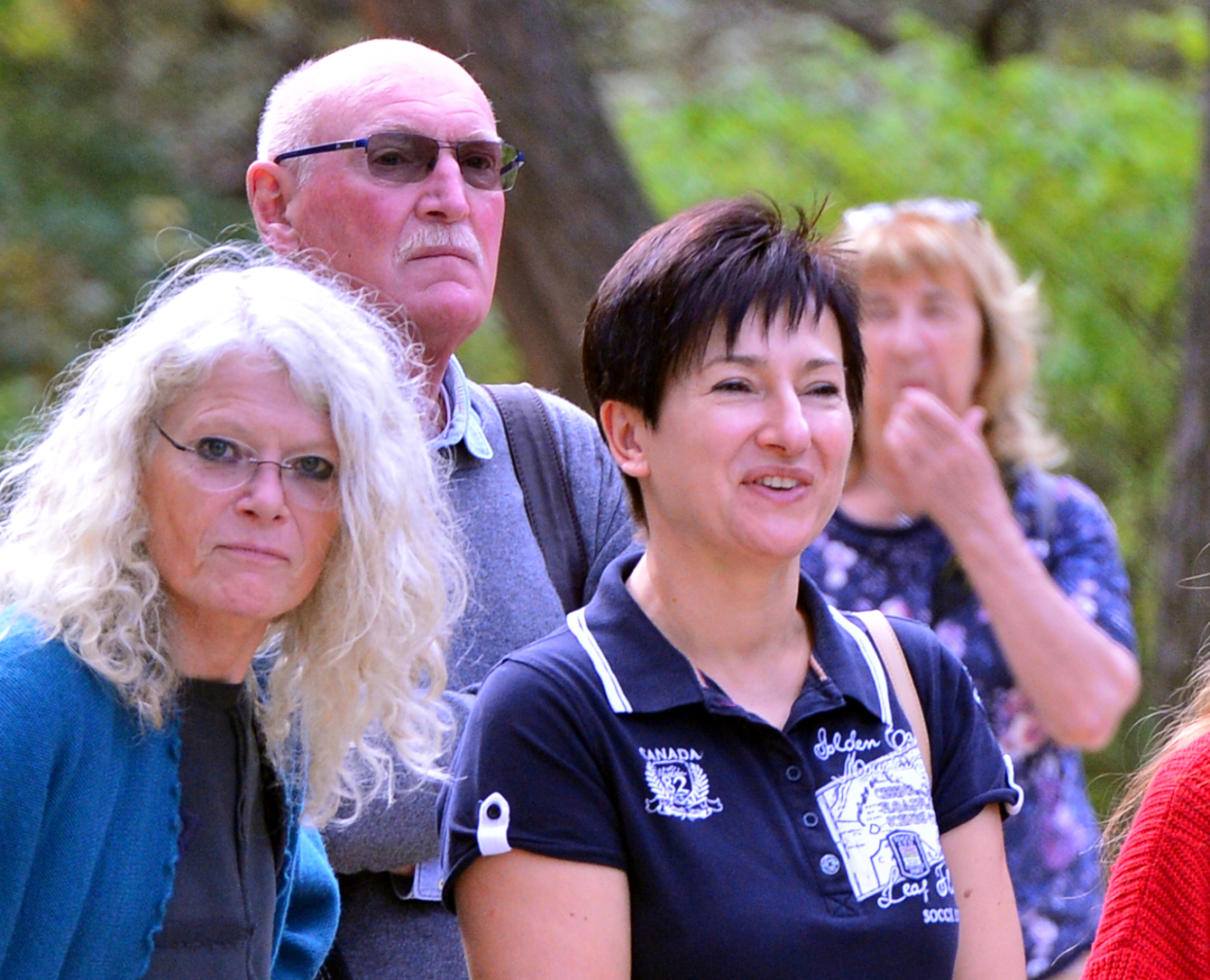 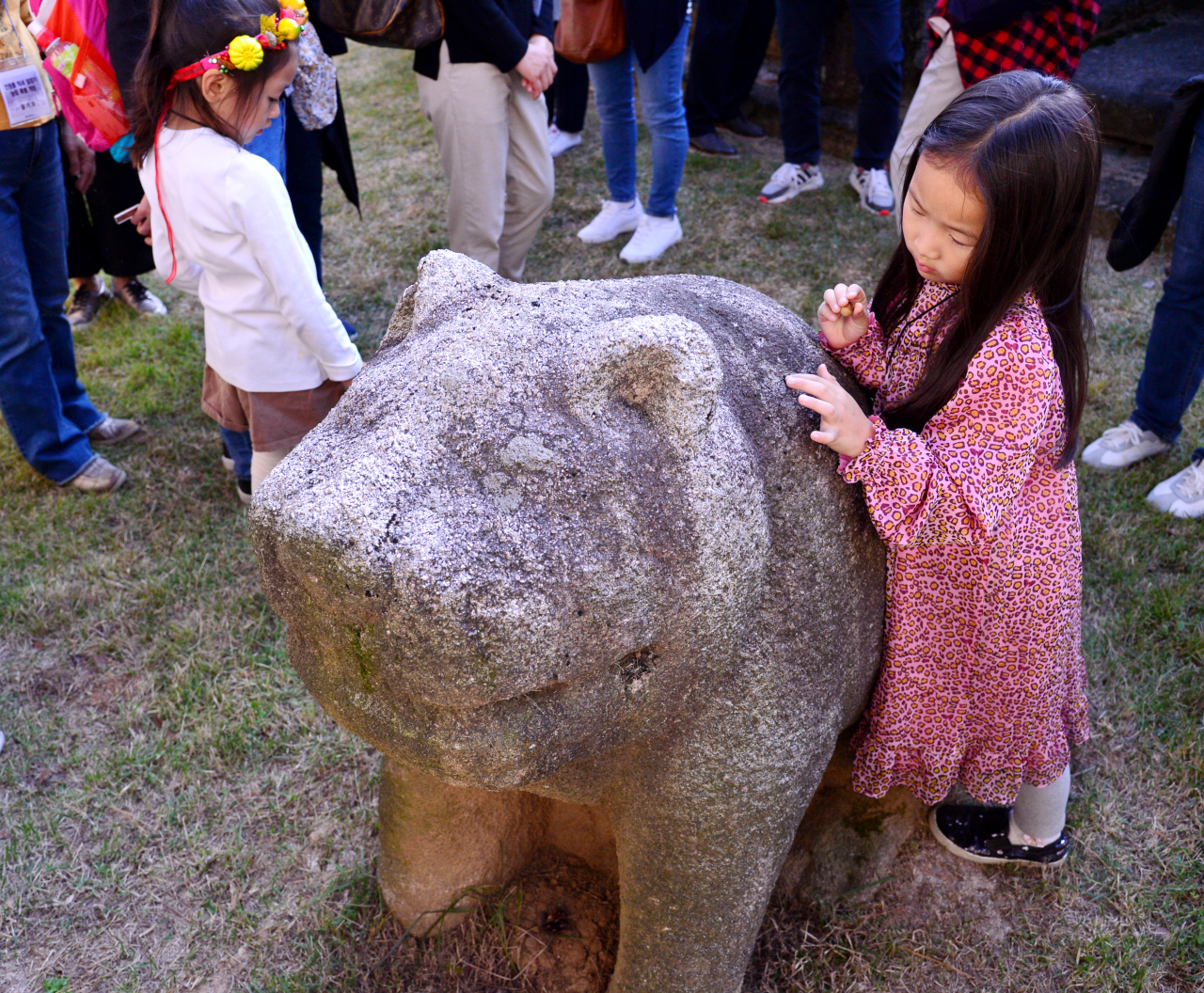 It was his last wish, according to historians, that King Taejo wanted to have his tomb covered by silver glass brought from his home town Hamheung, now a part of South Hamgyong Province, North Korea, where he spent his youth and remaining years.

King Taejo was the former great general of the Goryeo Kingdom (918-1392), and founded Joseon in 1394 by relocating the capital to Hanyang, which is now Seoul. He pursued a pro-Ming dynasty policy, positioning Joseon as a servant to China, a humiliating but effective way of protecting the then powerless Joseon. He also encouraged agriculture and embraced Confucianism as the ruling ideology, which takes respect and worship for ancestors as its central tenet. 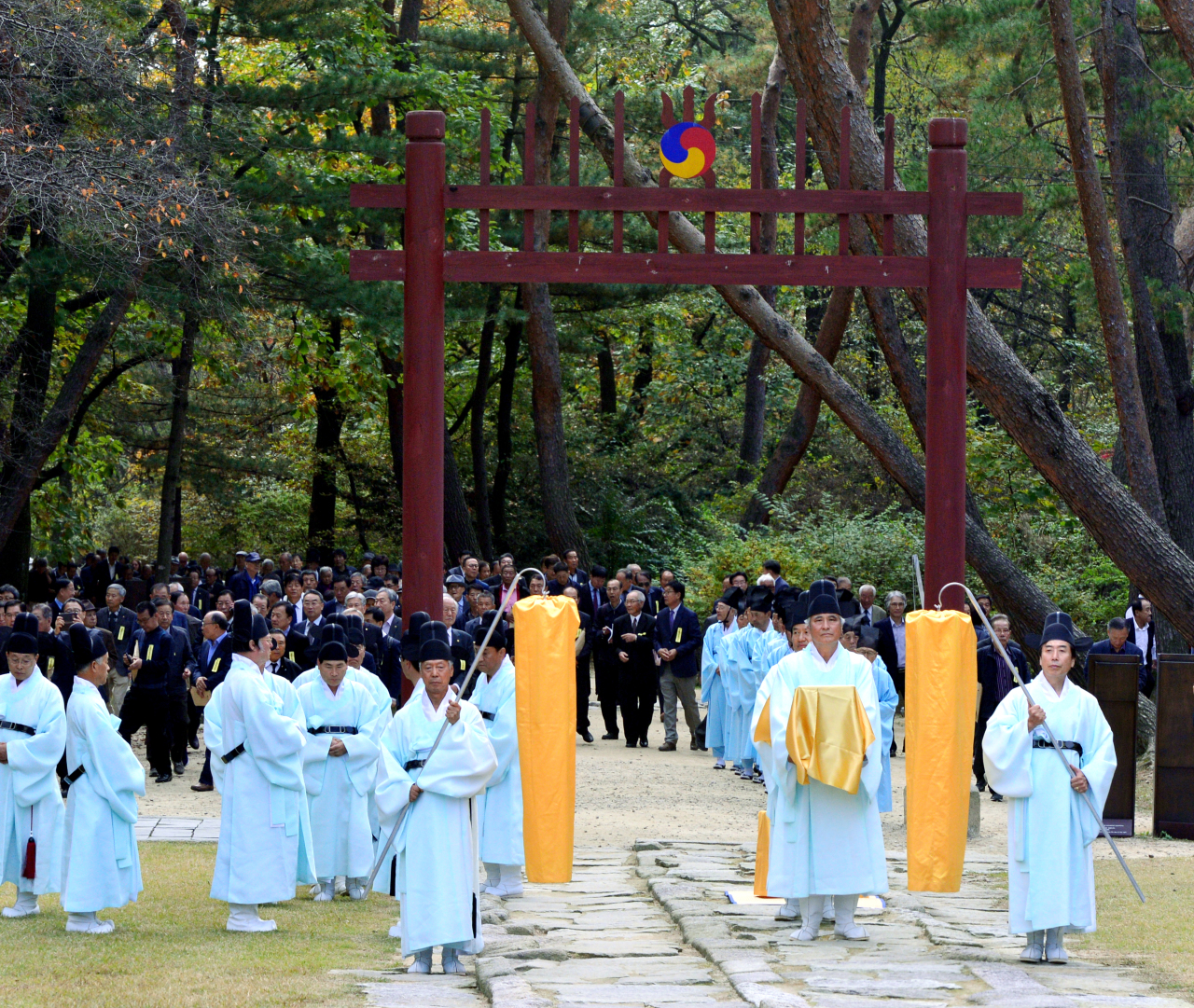 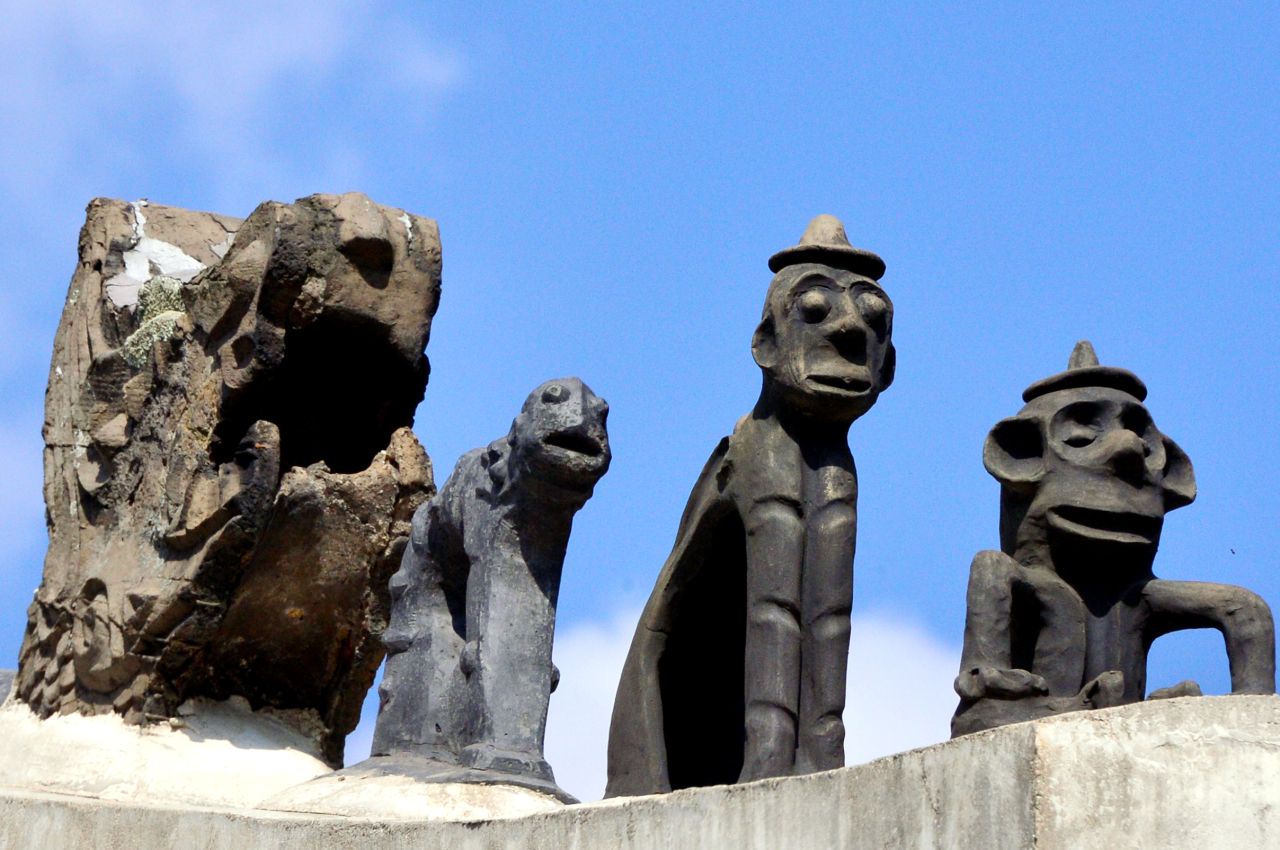 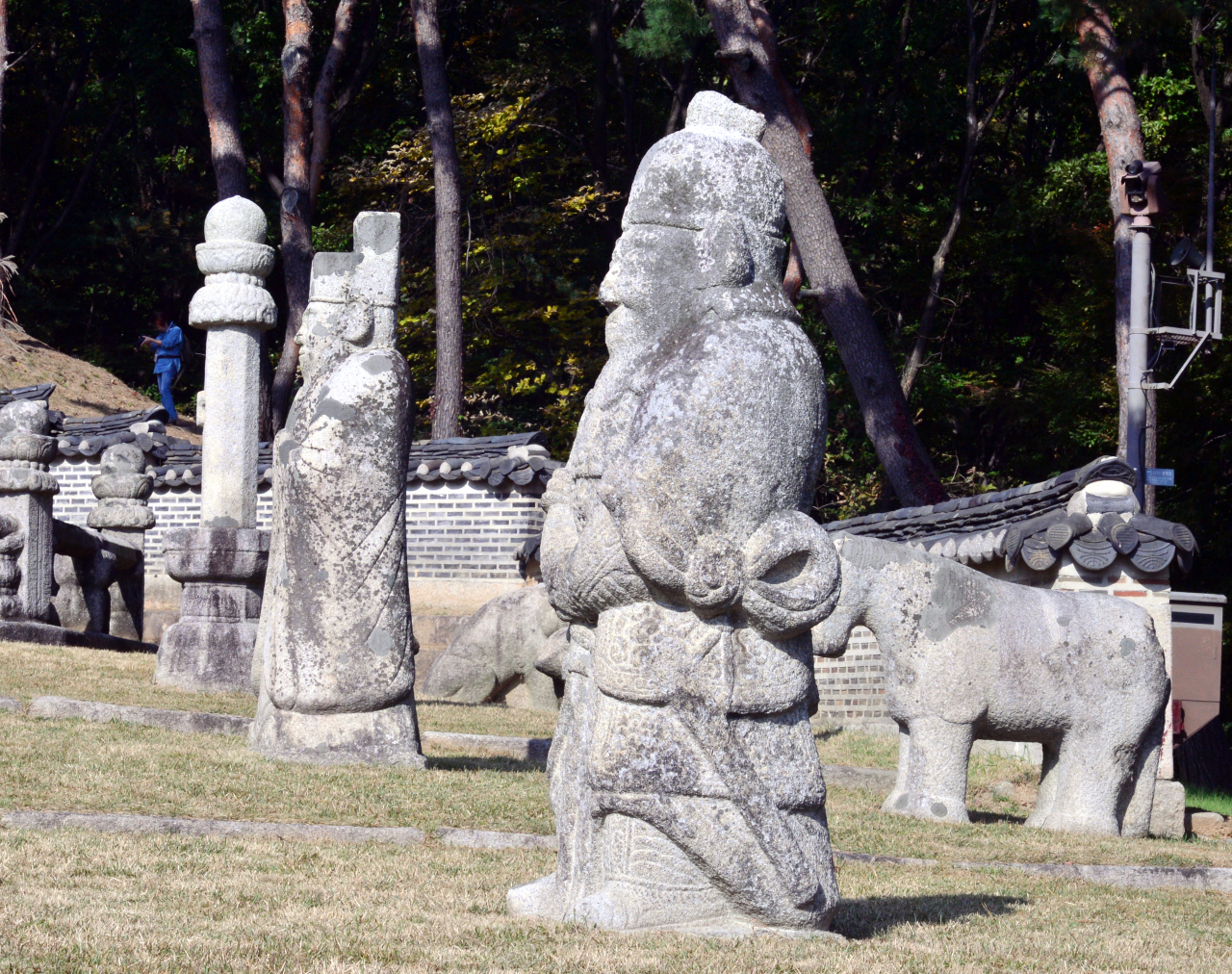 Joseon’s deeply rooted Confucian culture has had the tombs of successive kings and queens looked after with great care, historians say, and the other 41 royal tombs are well preserved. But again, Geonwolleng is the only royal tomb that has silver grass on the top, making it a very unique place to visit. 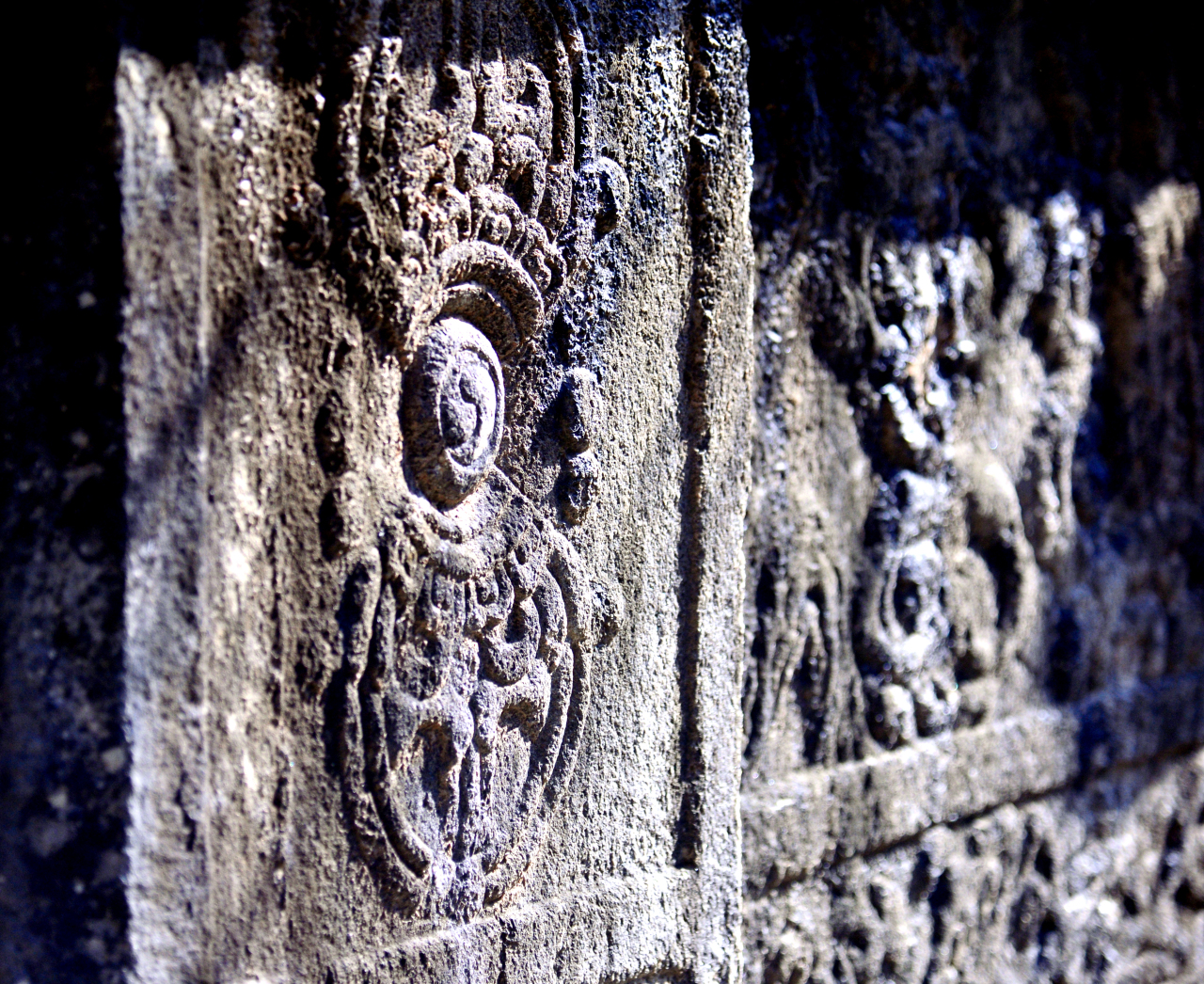 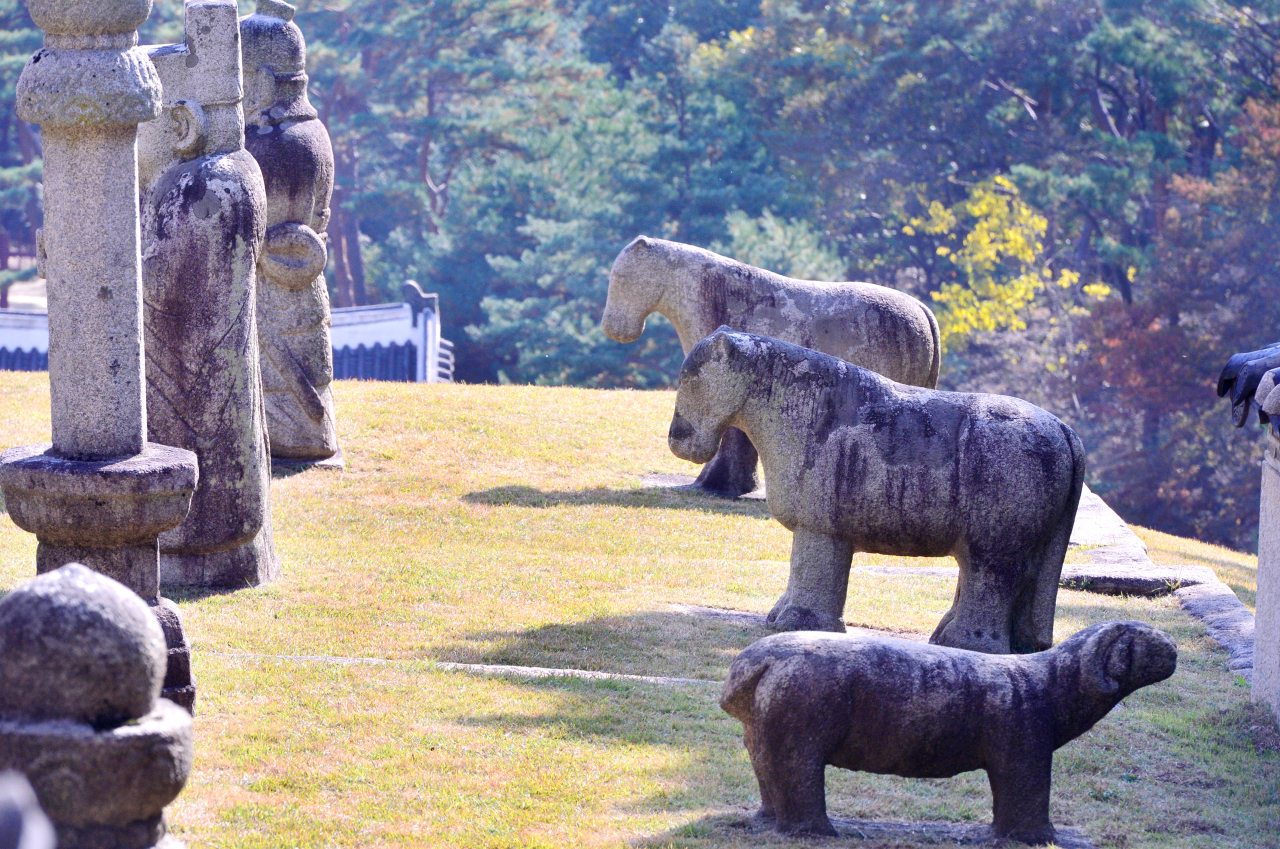 Located in Guri, Gyeonggi Province, Geonwolleng is a designated UNESCO World Heritage Site, but it is not usually open to the public for preservation purposes. In the season of silver grass, however, the grave site of the Joseon founder is opened temporarily until Nov. 17, offering a chance to experience the magnificent fall sights along with the story of a king who always wanted to go back home, even after his death.