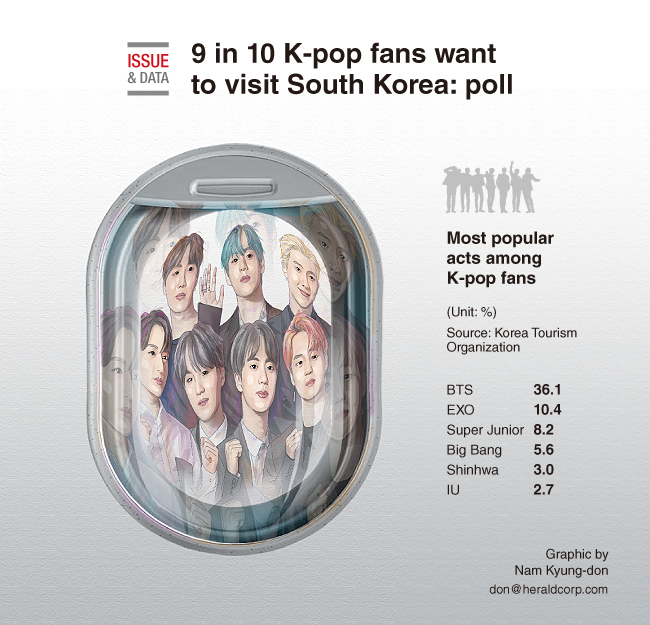 Nine in 10 K-pop fans would like to visit South Korea in the future, a survey showed, highlighting K-pop’s positive impact on the tourism sector.

In a survey of 12,663 people from 111 countries who identified themselves as K-pop fans, 89.8 percent of the respondents said they would like to visit the country, according to the Korea Tourism Organization.

The survey showed BTS was the most popular group followed by EXO, Super Junior and Big Bang. (Yonhap)