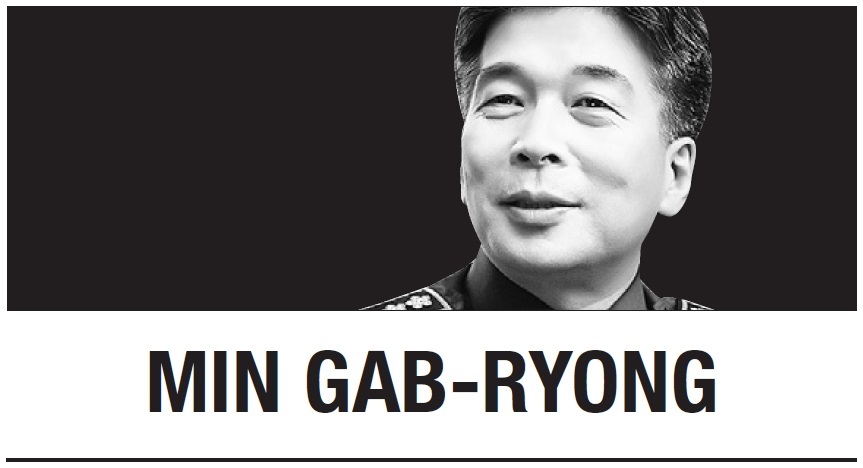 The Korean National Police Agency hosts the International Police Summit Seoul, 2019 with police chiefs from 30 countries around the world on the margins of the 74th celebration of Police Day. The summit will discuss “Global Partnership for Smart Policing” on the advent of the “fourth industrial revolution.” The event is possible owing to Korean police efforts to contribute to international policing cooperation.

The Korean police have been actively pursuing the “K-Cop Wave” initiative that recognizes the importance of international cooperation to cope with cross-border crimes. The outcomes of the initiative, which strengthens partnerships with local police by providing them with excellent policing skills, top-notch equipment and the effective system of the Korean police, have been noted all over the world.

Korean police cars and motorbikes, handed over from the Korean police, are running all over the Philippines. The Forensic Science Institute opened in Hanoi with the same equipment as the Korean police. Vietnamese police achieved great success arresting a major criminal using the “footprint system” four months after its initiation.

Further, Korean police experts were deployed to train police officers concerning crime prevention and criminal tracking in El Salvador and Honduras, where the Korean closed-circuit TV system had been introduced. The CCTV tracking methods that had been taught by Korean police were used in arresting organized crime syndicate members for car thefts and robberies in Honduras in February.

The 113 Emergency Dispatch System in Luanda, the capital city of Angola, is exactly the same as the 112 System in Korea, although they are 12,000 kilometers apart. Police in the United Arab Emirates had eight officers from Korea this year alone, as per the continuing requests for the deployment of such experts in various areas including forensic science and anti-terrorism.

The number of countries asking for this type of support increases every year. They recognize the excellence of Korean police and hope to introduce Korean forensic science, cybercrime investigation, advanced systems and equipment there.

Approximately 110 countries have experienced Korean police systems and expertise through various cooperation projects that include expert deployments and invitation programs for foreign police officers. The reason for the world’s attention to the K-Cop Wave is that South Korea is one of the safest countries in the world and is reputable for its world-class capacity in many police disciplines, such as forensic science, cybercrime and safe management of big international events.

Further, noting the country’s versatile experiences while transforming from a beneficiary to a benefactor, many states seek to imitate Korean police as their model for development and want more cooperation with them.

Like K-pop, the K-Cop Wave stretches out to the world.

Outstanding success has also been seen at resolving international crimes and the protection of oversea Koreans due to international police cooperation through the K-Cop Wave. Korean police and Malaysian police worked together to quickly arrest and extradite 37 Koreans who ran an illegal online gambling site in Malaysia in July. Another good example was the one-time extradition of 47 Korean fugitives in the Philippines, which was reported as “Korean Con-Air” in December 2017. A notable decrease in Korean victimizations should be compared as well to the previous 10 or more murder cases of Korean nationals per year in the Philippines.

Like this, the K-Cop Wave is pumping out successes in international police cooperation.

I look forward to the International Police Summit Seoul, 2019 as a meaningful event for the chiefs of police to share their wills for a safer world and strengthen cooperative relationships in this new era of the fourth industrial revolution.