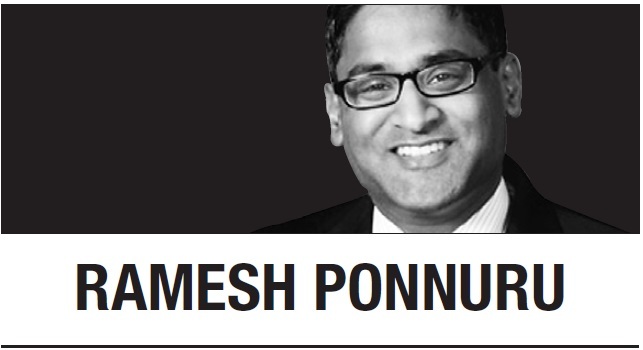 Once again, Alan Dershowitz, a former Harvard Law School professor, is mounting a defense of US President Donald Trump against the threat of impeachment.

In the past, Dershowitz has been willing to get creative in his legal arguments. After Trump said that he would appeal any impeachment attempt to the Supreme Court, Dershowitz claimed that it was “certainly possible” that the court would stop the Senate from holding a trial. Former Justice David Souter had, he explained, once written an opinion saying the court might have to step in. What Dershowitz skipped over is that even in this solo concurrence, Souter was talking about such hypotheticals as a Senate conviction based on a coin toss.

Dershowitz’s new Wall Street Journal op-ed article is less outlandish. It even gets some key points right. He rebukes those who say that the House can impeach the president on any ground it chooses. A member of the House, he notes, should vote to impeach a federal officer only after concluding that the officer has committed “high crimes or misdemeanors.” The drafters of the constitution considered letting Congress remove a president for “maladministration” but rejected the idea. That decision should strengthen the presumption that the phrase “high crimes and misdemeanors” should be treated as a meaningful constraint. As Dershowitz concludes, members of Congress should be “reasonable and conscientious” in applying the words.

But he goes badly wrong when he tries to interpret the phrase in a way that immunizes Trump. “As for the allegations against President Trump, obstruction of justice is plainly a high crime, but a president cannot commit it by exercising his constitutional authority to fire or pardon, regardless of his motive.” Dershowitz may be referring to the firing of James Comey or to reports that Trump has promised pardons for aides if they break laws while following his orders. Or he may merely be establishing the principle that Trump can’t have committed an impeachable act of obstruction while exercising his constitutional powers.

But that can’t be right. James Madison said during the Virginia ratifying convention that the constitution provided “one security” against a president who urged a crime and then pardoned it: impeachment and removal.

Dershowitz’s error about this specific example establishes his error on the general point, which is that Congress may impeach and remove a president for exercising a constitutional power in a corrupt or abusive manner.

He proceeds to issue another grant of immunity, which also falls apart under scrutiny. “Neither is it a crime to conduct foreign policy for partisan or personal advantage,” he writes, “a common political sin with no limiting principle capable of being applied in a neutral manner.” While he never gives specifics, Dershowitz is clearly saying Trump should not be impeached for pushing Ukraine to investigate former Vice President Joe Biden.

If Dershowitz takes “crime” to mean “violation of a statute,” then his point is irrelevant. Impeachment is not limited to such violations, which is why the abuse of the pardon power can trigger it.

Perhaps he instead means that it is not a “crime” in the sense that it is not the kind of grave misconduct that justifies impeachment and removal. Whether that is true is, of course, a judgment that the constitution leaves to Congress. Members of the House and Senate will have to decide whether pressuring a foreign government to supply dirt on a political rival is just as acceptable as pressuring a foreign country to supply a trade concession that is helpful in a swing state.

The question Dershowitz raises, then, is whether our reasonable and conscientious member of Congress should hesitate to vote against a president for conducting foreign policy for personal advantage because it requires making a judgment -- because it necessitates acting on a standard that cannot be articulated in the mechanical way we would ideally want a legal rule to be.

One danger of impeaching a president for such a violation is that it will set a precedent that can be abused: Maybe some future Congress will act against a president who was merely seeking a trade concession. But the constitution limits that danger by requiring a majority of the House and two-thirds of the Senate to remove a president. It’s a safeguard that ought to reassure the statesmanlike legislator Dershowitz has in mind.

Dershowitz concedes that impeachment is political, but the concession clearly makes him uncomfortable and he tries to take it back as much as he can. It has to be “a quasi-legal process” based on “objective constitutional criteria.” Madison had a different view. He said that impeachment of a president was a necessary means of protecting the country from “the incapacity, negligence, or perfidy of the chief magistrate.” A member of Congress who concludes that a president needs to be removed for the country’s protection should not be dissuaded by legalistic arguments that don’t match the constitutional design.


Ramesh Ponnuru
Ramesh Ponnuru is a Bloomberg Opinion columnist. He is a senior editor at National Review, visiting fellow at the American Enterprise Institute and contributor to CBS News. -- Ed.