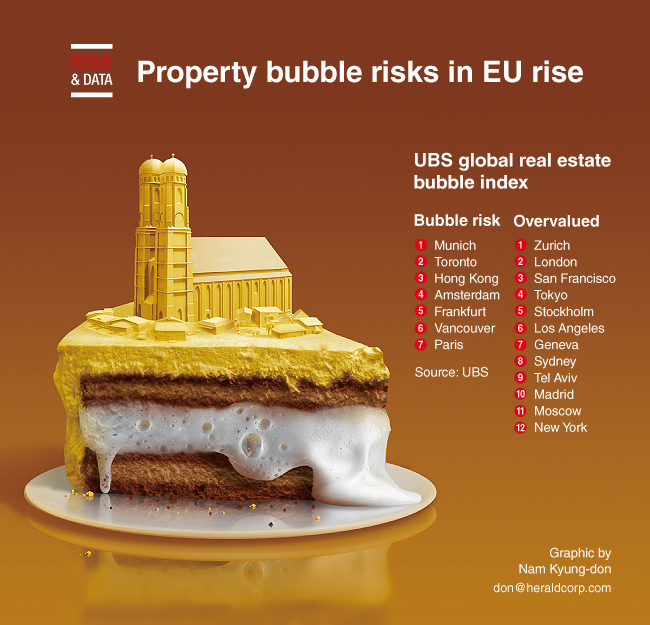 The risk of a property bubble in the eurozone surged last year as ultralow interest rates helped drive up house prices.

Munich is now the city most vulnerable to a property bubble, according to UBS Group’s annual Real Estate Bubble Index. Frankfurt and Paris are increasingly in danger of prices becoming unsustainable, even as some of the priciest cities around the world cool, the report said.

For the first time in four years, London is no longer regarded as dangerously overvalued. Prices in the UK’s capital have been falling from their mid-2016 peak amid uncertainty over Brexit and higher property taxes. The risk in Hong Kong, previously in pole position for a bubble, has also waned.

Toronto, where a growing population competes for increasingly limited housing, rose from third to second place in the UBS index. (Bloomberg)