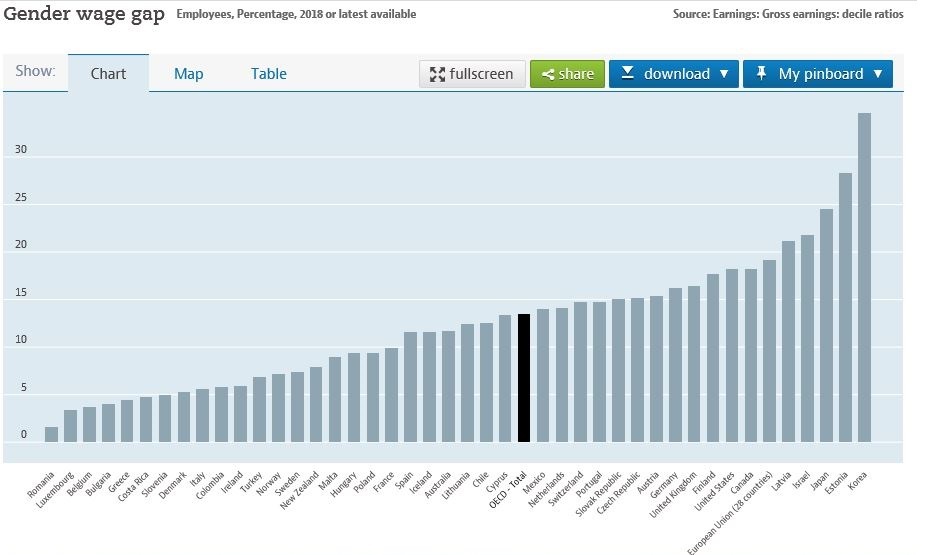 South Korea's gender pay gap widened in 2018 from a year earlier, marking the largest difference among the 36 member states of the Organization for Economic Cooperation and Development, a local workers' union said Thursday.

Last year, the wage gap between male and female workers in Asia's fourth-biggest economy widened to a "serious level" of 37.1 percent, up from the previous year's 34.6 percent, the Federation of Korean Trade Unions (FKTU) said in a forum.

"The widening pay gap is mainly attributable to female workers having children and needing to take time off to look after family,"

In the country's top 50 conglomerates, women still generally earn less than their male counterparts as they are traditionally more likely than men to look after children. (Yonhap)