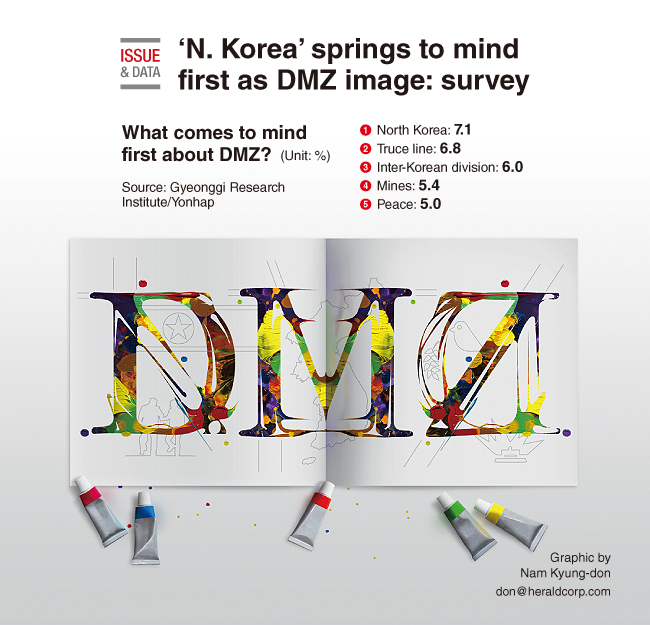 When people think about the inter-Korean DMZ, North Korea comes to mind first, according to a survey.

Of the 500 South Koreans, 150 Chinese and 150 German respondents, 7.5 percent of respondents replied “North Korea” when asked what first comes to mind in relation to the 4-kilometer-wide area that separates the two Koreas.

The “truce line” came next with 6.8 percent, followed by “inter-Korean division,” “mines” and “peace.” The survey was conducted by the Gyeonggi Research Institute in Suwon, Gyeonggi Province,  between July 16 and 26. (Yonhap)