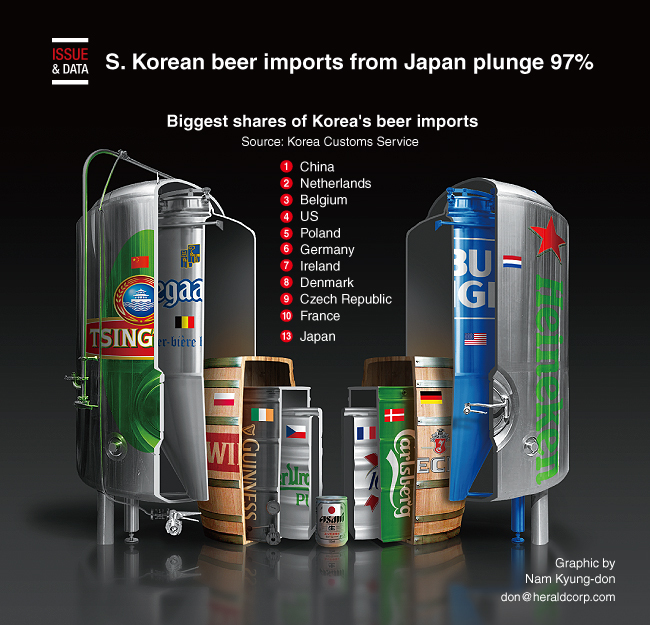 South Korean imports of Japanese beer slumped almost to zero last month in the face of a consumer boycott sparked by a bitter trade and historical dispute between Seoul and Tokyo, data showed.

Japanese companies shipped $223,000 worth of beer to South Korea in August, figures from the Korea Trade Statistics Promotion Institute showed - down 97 percent from $7.57 million last year.

Before the trade spat Japanese beer had long been South Koreans' favorite alternative to their country’s own brews, according to KTSPI.