[Graphic News] More than 2,300 tigers killed and trafficked this century 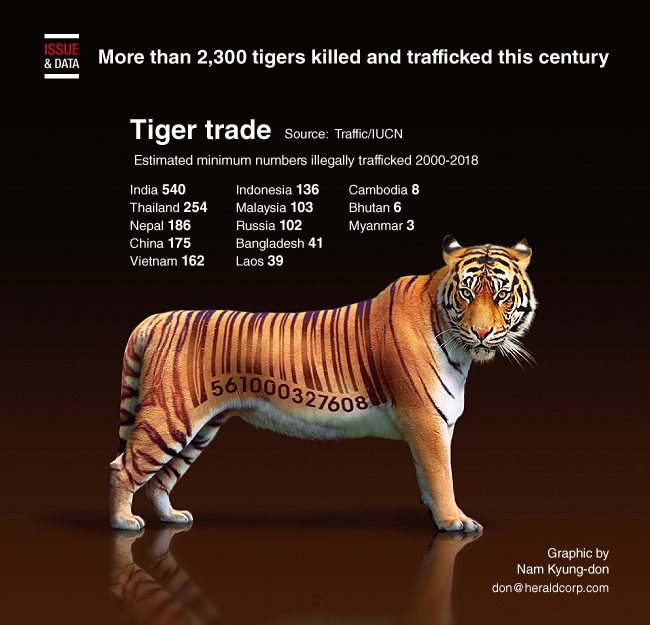 More than 2,300 endangered tigers have been killed and illegally trafficked since the turn of the century, according to a recent report, urging more action to protect the giant cats.

With an average of more than 120 illegally trafficked tigers seized each year -- which amounts to over two each week since 2000 -- conservation group Traffic warned there was little sign of respite for the species.