Styled as an urban vehicle, the Mohave face-lift embodies the carmaker’s future design direction built on its traditional frame body, he said. The number of preorders proves the market’s high expectations for the large SUV that was first unveiled during the Seoul Motor Show as the concept car “Mohave Masterpiece” in March, he added. 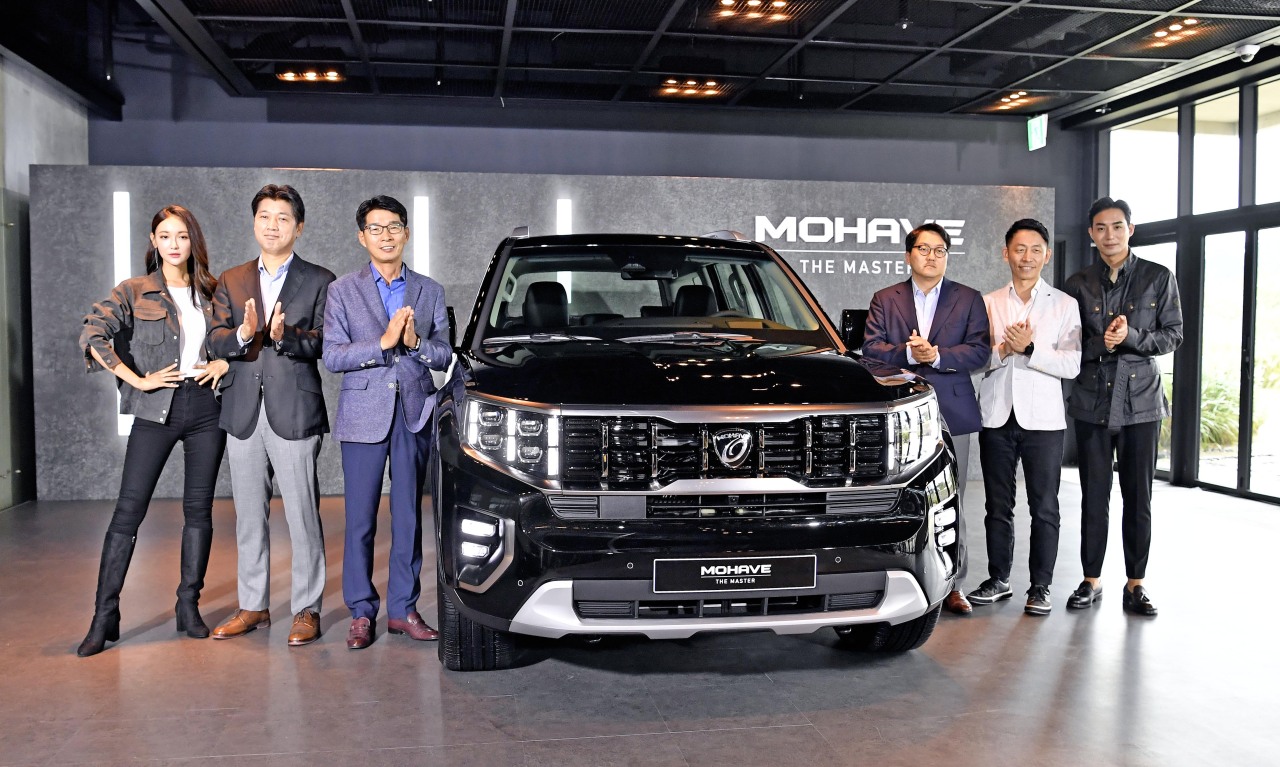 Powered by a V6 3.0-liter diesel engine with an eight-speed automatic transmission, the SUV will show powerful performance on various road types, the firm said. The company readjusted the angle of shock absorbers to improve the structure of rear wheel suspension for a stable and convenient driving experience, it added.

It has an output of 260 PS of power and maximum torque of 57.1 kilogram-force meters.

To make the vehicle “a timeless icon,” the company has imbued it with a “rugged but progressive” design in the inside and outside of the vehicle. It has also applied oak wood grain garnish, quality Napa leather quilting seats and a high-tech mood lamp inside.