While Samsung stressed the role of an IoT lifestyle and custom electronics for millennials, the product that drew the most attention from Samsung was inarguably the Galaxy Fold. 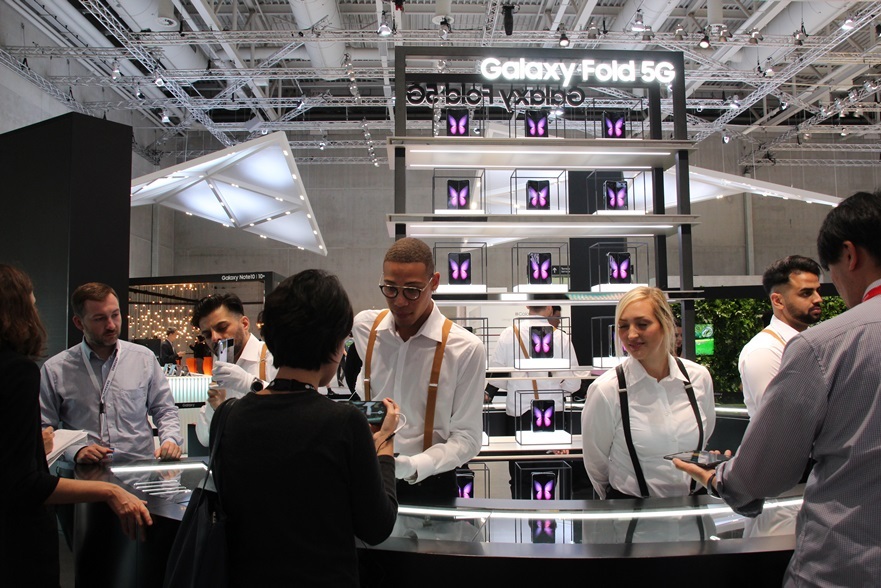 Other 5G phones from Samsung on display are the Galaxy A90 5G and Galaxy Note 10.

The Galaxy A90 5G launched in Korea on Wednesday and is expected to soon be launched globally.


Galaxy Fold launches in Korea on Friday and will gradually start sales in the UK, France, Germany, Singapore and US in Long-Term Evolution (4G) or 5G network versions.

At a press conference Thursday, a day ahead of the IFA 2019’s opening, Samsung presented its latest 55-inch QLED 8K TV to some 800 attendees. The new TV is set to be released in some 30 countries.

To expedite growth of the 8K ecosystem, Samsung said it will actively support the creation of 8K content and collaborate globally with relevant companies.

For now, consumers can watch soccer’s English Premier League through the Amazon Prime app that comes within the Samsung smart TV.

Benjamin Braun, Samsung’s chief marketing officer for Europe, said at the press conference that the company will continue to make audacious innovations building on its 50-year history. Braun emphasized that Samsung Electronics will focus on products that are based on artificial intelligence, 5G and connectivity, as well as an understanding of millennial lifestyles.