By Song Su-hyun
Published : Aug 9, 2019 - 16:36       Updated : Aug 9, 2019 - 16:36
Samsung Electronics said Friday its plans to mass-produce high-end memory chips for global customers are on track so far, despite initial concerns of the possible disruption of production lines due to Japan’s trade restrictions on hi-tech materials.

The company announced it has begun mass production of the world’s most capable solid-state drives for next-generation servers -- non-volatile memory express SSD PM1733 -- and DRAM modules with the largest storage capacity of up to 4 terabytes.

With the PM1733, Samsung is targeting servers based on peripheral Component Interconnect-Express 4.0, the next generation of server interface with an input/output operation per second of 1,500,000. 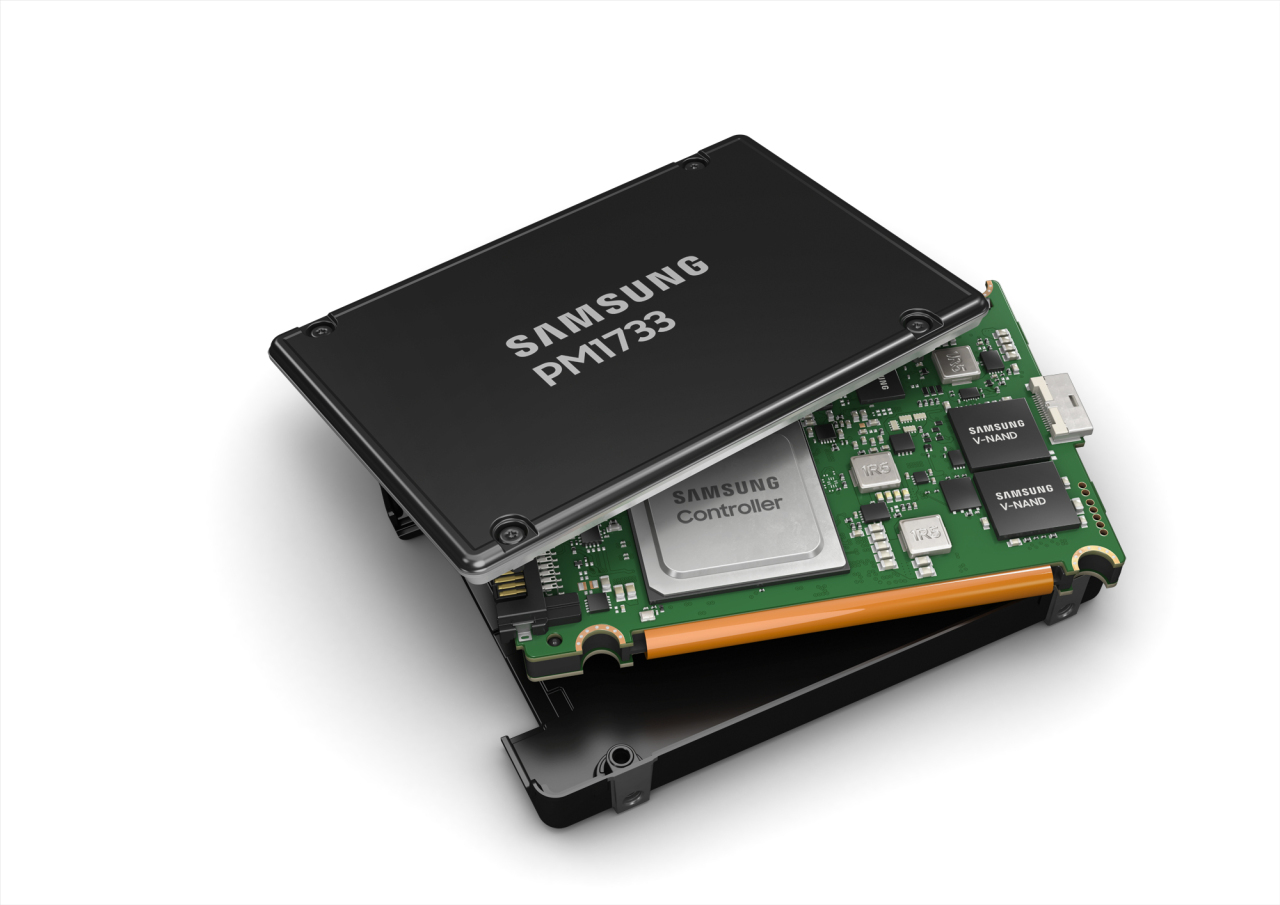 The computing power of PCIe 4.0 has doubled from its predecessor, according to Samsung.

It is the highest 3-bit NAND Flash by Samsung with a total of 128 layers.

With the announcement, Samsung highlighted that it has successfully supplied the product for a global PC manufacturing firm, and successfully took a single etching step for over 100 cells, which dramatically improved its productivity. 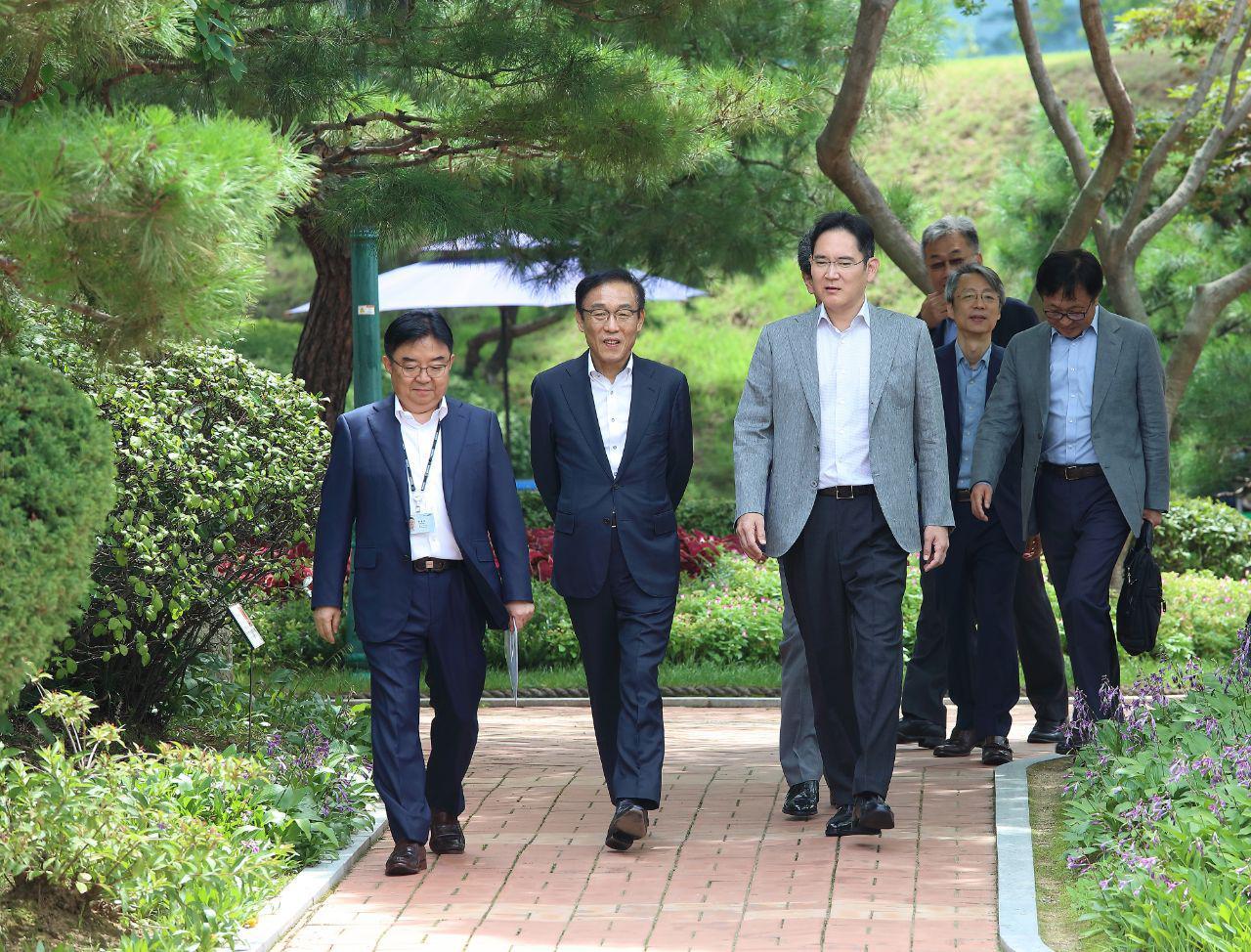 The company also unveiled its plan to produce 512-gigabit 3-bit V-NAND SSDs and other various memory products in the next few months, which according to market observers indicates that it hasn’t yet been affected by Japan’s trade curbs.

Lee has been recently tightening his supervision of Samsung’s major businesses, the semiconductor business in particular, in the wake of the Japan risks.

“The vice chairman is planning to check on the display, battery and other parts businesses as well, as part of the pan-group efforts to overcome the situation,” said a Samsung official.