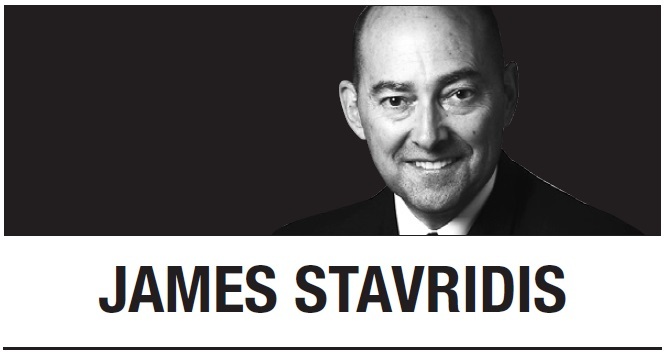 Over the past couple of weeks, there have been increasing signs that the Trump administration -- and particularly the president himself -- is moderating its position on North Korea’s stockpile of nuclear weapons. Gone are the adamant statements that the US will only accept complete, immediate and irreversible denuclearization. Instead, we’ve seen a symbolic but historic meeting between Trump and Kim Jong-un at the Demilitarized Zone, more flattering rhetoric about the North Korean dictator -- the president calling the meeting “an honor” -- and hints that the US could accept a longer timeline in the movement toward denuclearization. What has caused this shift? And, just as importantly, would it work in military terms?

The short answer to the first question is simple: reality. No serious observer of the Korean situation in general and Kim in particular would bet that the impetuous young leader would ever willingly surrender his nuclear weapons. They are obviously his best guarantee against US-imposed regime change. As the certainty of this has sunk in for the Trump team, they are seeking another path to a demonstrable foreign policy “win” that can be touted in the run-up to the 2020 election.

While the ultimate shape of what might be termed “denuclearization lite” remains unclear, one can envision the general outline. For starters, the US would likely demand a full, verifiable accounting of North Korea’s active nuclear and missile programs, with specific geographic positions identified. The US could also push for a reduction in the total stockpile to a number that international inspectors could keep under permanent observation, say 50 warheads of a specified level of kilotons each. The warheads would be held in a small number of locations, three or so, each with a technical oversight system (cameras, electronic monitors) to alert inspectors if the facilities were breached. There could be a similar plan for the launcher systems, but they would be based in different parts of the country than the warheads. All of this would be verified by international teams, which would have a mandate to inspect the facilities at any time.

In exchange, the North would receive sanctions relief and a large amount of development aid, although perhaps not of the kind Trump famously proposed for North Korea’s beaches in his first meeting with Kim: “Boy, look at that view. Wouldn’t that make a great condo?”

There are plenty of valid objections to such a scheme. One is that Trump wouldn’t be delivering fully on the problem he has correctly identified: making sure Kim can’t attack the US with a nuclear weapon. On the other hand, America and its allies live under that threat from Russia and China, and are “comfortable” with other nuclear-armed nations such as India, Israel and Pakistan.

The real question, then, is how the US could mitigate the risk of a nuclear North Korea from a military perspective after it achieves this nuclear-lite deal through diplomatic negotiations. As unsettling as the thought may be of Kim actually having all the pieces needed for deliverable nuclear weapons -- with US approval -- it is a circumstance that can be managed militarily, through three key steps.

The first is intelligence. Currently, the US lacks adequate visibility into the North Korean nuclear program. Putting the warheads and missiles into a small number of facilities under an international inspection regime is a big improvement, but not sufficient in itself. The US can do better by working more closely with South Korea, which has a fairly good intelligence pipe into the north. The Pentagon and the intelligence community also need to infiltrate North Korea’s cyber systems; despite the regime’s efforts to remain isolated from the world, it will inexorably rely more on the internet. And there should be no relaxing of the effort to observe North Korea by the traditional space-based satellite intelligence constellation.

A second key will be countermeasures. Increasing America’s ability to counter the ballistic missile threat would reduce Kim’s leverage considerably. This means developing better ground-based missile defenses, both on the Korean Peninsula and over the US homeland and territories; electronic countermeasures to jam North Korean systems; offensive cyber-operations directed against not only the North’s missile systems but also its electric grid; and development of directed energy weapons (aka laser beams).

Finally, there is good old-fashioned deterrence, which kept the Soviet threat at bay for decades. Deterrence is composed of capability plus credibility, meaning the adversary knows what you are capable of doing and also understands you are willing to do it. In this case, it would be the capability of the US and South Korea to not only defeat North Korean forces but ultimately overthrow the regime. Giving credibility to that threat involves stepping up military exercises with South Korea and other Asian allies -- some of which, unfortunately, Trump has curtailed -- and being explicit in how America would react if provoked.

Trump’s erratic approach toward North Korea has been a real problem, but his shifting of America’s negotiating stance to reflect the reality of what is actually achievable through diplomacy is a good move. Increasing US intelligence capabilities, countermeasures and deterrence to mitigate the long-term threat is an even better one.