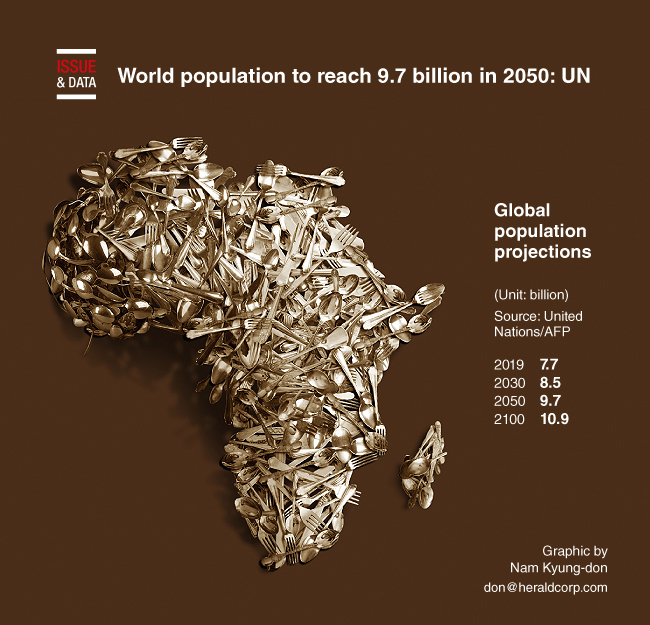 The world’s population is expected to climb to 9.7 billion in 2050 from 7.7 billion today, with the population of sub-Saharan Africa doubling, a United Nations report said.

The population could then grow to 11 billion by 2100, according to the UN Department of Economic and Social Affairs’ “World Population Prospects.”

The study paints a picture of a future in which a handful of countries see their population surge as life expectancy lengthens while the global growth rate slows amid declining fertility rates.

By 2050, more than half of the world’s population growth will be concentrated in just nine countries: India, Nigeria, Pakistan, the Democratic Republic of Congo, Ethiopia, Tanzania, Indonesia, Egypt and the United States. (AFP)