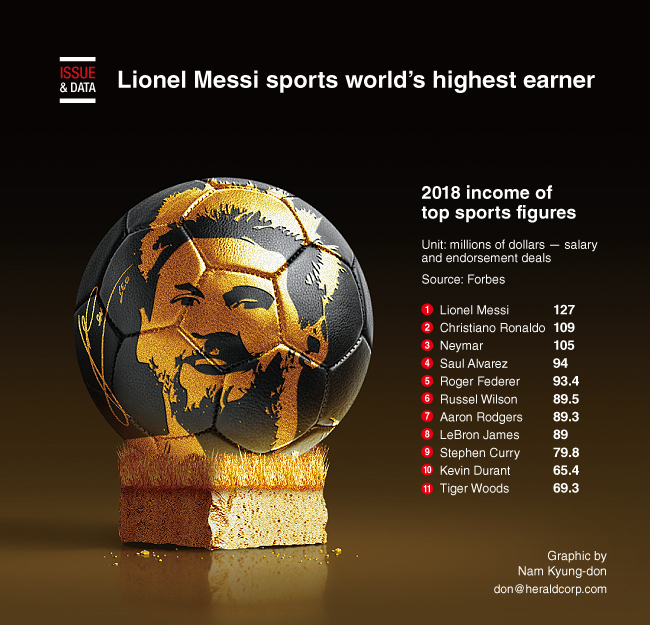 Lionel Messi was the world’s highest-paid athlete in 2018, Forbes reported June 11. The soccer star raked in $127 million in the year via salary and endorsement deals.

That put Messi ahead of longtime rival Cristiano Ronaldo, the Juventus and Portugal star who was second with earnings of $109 million.

Brazil and Paris Saint-Germain striker Neymar came in third with earnings of $105 million, completing the sweep for soccer players of the top three positions on the list. (AFP)