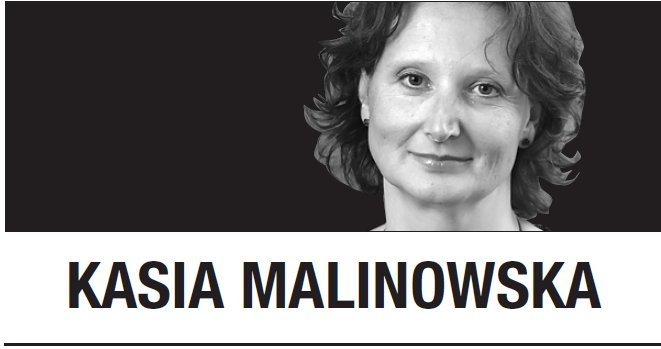 It has been two years since Cecilia’s son, Carlos, set sail from the coast of Ecuador on an ordinary day’s fishing voyage. She has not heard from him since.

At first, she feared that his fishing trawler had sunk or been attacked by pirates. But the fate Carlos turned out to have met was more surreal than that, and in a way, even more harrowing: deep in international waters, thousands of miles from the United States, he was detained by the US coast guard. He has been locked away in a New Jersey prison ever since.

Carlos, who faces an 11-year sentence, is one of hundreds of men ensnared in an expansion of America’s “war on drugs,” whereby US authorities now apprehend and detain foreign fishermen in international waters. Those fishermen’s families are left agonizing over what might have happened to their loved ones, and they are often pushed to the brink of destitution.

Before Carlos was arrested, he and Cecilia lived in a modest house in Manta, a seaside Ecuadorian city with sweeping views of the Pacific Ocean. In a good week, a fisherman like Carlos might take home the equivalent of seven or eight dollars for his catch. But in recent years, even this meager income had begun to dwindle, as large industry vessels and tourist-chartered deep-sea fishing boats depleted once-healthy stocks of marlin and swordfish.

In desperation, some of Manta’s fishermen, prodded by smugglers who prowl the port looking for men with boats and without options, have turned to small-scale drug running. The smugglers promise to pay the fishermen to carry cocaine on their trawlers out to sea, where they are met by larger boats that traffic it onward to the US via Central America. More often than not, those promises are not kept.

Carlos had been approached by the smugglers many times, and had always refused to participate. But after his mother’s tenant got rough with her one day, he decided she needed her own house. He agreed to carry five kilograms of cocaine on his boat into international waters. But before he could hand it off to the larger ship, the coast guard stopped him.

The coast guard has been ramping up its arrests of small-time traffickers in international waters as part of an effort to prevent larger shipments from reaching the US. The strategy represents a legally questionable expansion of extraterritorial drug enforcement, as well as a shocking abuse of the rights of the arrested sailors.

No one knows how long Carlos was on the coast guard ship before he was delivered to New Jersey, but it could have been weeks or even months, according to reports about the practice. And, as a 2017 New York Times report indicates, the conditions aboard these ships are appalling. Detained men are shackled, underfed, and forced to defecate in buckets. They are also sometimes made to stand all night, unable to sleep while exposed to the elements. These scenes drove one former coast guard lawyer to describe the ships as “floating Guantanamos.”

But it is not only the men who suffer. As I learned when I visited Cecilia in 2019, the women who are left behind, suddenly deprived of income, face a different kind of hardship.

In Ecuador’s machismo culture, women are expected to keep house, raise children, and clean the fish their husbands bring home. As a result, many lack marketable skills. So, when one of their husbands, sons, or fathers disappears at sea, they often are left with no money and no options. In the Philippines, countless widows struggle in the wreckage of President Rodrigo Duterte’s violent drug war to support the children left behind.

Some desperate women may be driven to follow the path of the man they have lost. In March, a United Nations Working Group determined that the global surge in incarcerated women is being fueled partly by a spike in convictions of women for low-level drug-related offenses. The incarceration of these women “perpetuates a vicious cycle of victimization, placing them in situations of further injustice.”

The women who do not end up in prison are left mired in extreme poverty, which has far-reaching repercussions. When men are incarcerated en masse for drug offenses, the economic impact can leave their families marginalized for generations to come.

Despite their lack of options, communities are developing innovative ways to cope. Cecilia has organized a group of about 150 women whose husbands, sons, and brothers have been caught in the dragnet of America’s drug war. Together, they are petitioning Ecuador’s Department of Justice to repatriate the men, so that they can at least serve their time close to home.

Cecilia and her cohorts attempt this at their own risk. Smugglers, who have frequently forced fishermen at gunpoint to traffic drugs, have already threatened some of the women in the group not to make noise.

But the women feel that they have no choice but to act. They worry about the health -- indeed, the survival – of their loved ones. They have heard the harrowing stories of life aboard the coast guard ships. Of the few men who have been repatriated, some have returned suffering from tuberculosis.

Undergirding this coordinated legal effort lies a communal support system that women like Cecilia have cultivated to survive. The women talk about their own plight and that of their communities. When one is in financial straits, others swoop in to help. Against the vast and immovable US justice system, they are fighting to survive -- and to bring home their loved ones, the victims of a brutal, unjust, and failed drug war.