By Park Han-na
Published : Jun 14, 2019 - 14:45       Updated : Jun 14, 2019 - 14:45
The United States pursues a one-time solution to get North Korea to eliminate its nuclear arsenal, Christopher Ashley Ford, assistant secretary of state for international security and non-proliferation, said Tuesday, in a stark contrast to the incremental approach that Pyongyang has been pushing for.

“It may be that a one-time solution set can sometimes be generated within the nonproliferation enterprise itself. This is, after all, exactly what the United States aims to achieve with North Korea through the agreed elimination of its illicit weapons programs,” Ford said in a speech at an event hosted by the American Academy for Strategic Education, a Washington-based nonprofit organization. 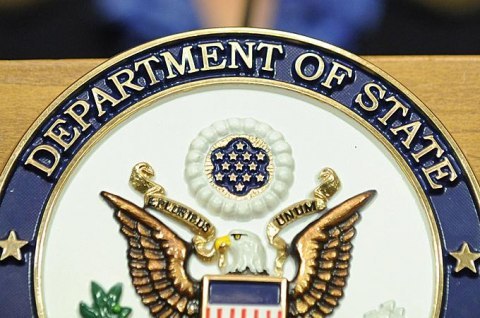 Calling the strategy a “static one-time solution for nonproliferation,” he said the tactic enables the US to buy time to solve the underlying problem involving eliminating nuclear weapons.

“In the nonproliferation context, that might consist of something like slowing the rate at which a proliferator’s weapons programs advance until other dynamics act to solve the underlying problem of proliferation ‘demand,’” he said.

Ford said the US State Department is prepared to implement denuclearization if North Korea proves its willingness to fulfill its promises to give up its nuclear program.

Pyongyang has been calling on Washington to accept its offer to abandon its nuclear arsenal and facilities in a phased manner in exchange for reciprocal steps from the US, such as partial sanctions relief.