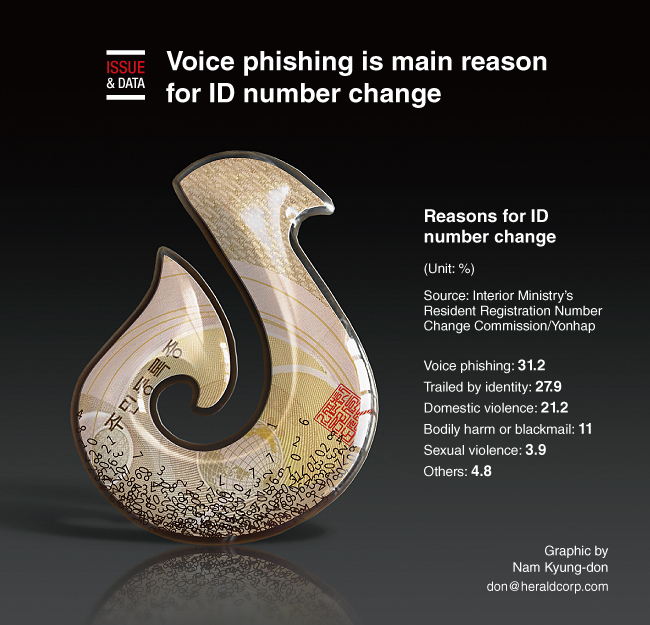 Voice phishing has turned out to be the biggest reason that people change their resident registration numbers, a government commission in charge of the matter said.

According to the Interior Ministry’s Resident Registration Number Change Commission, 955 of the total 1,582 applicants have been allowed to change their national ID numbers since the government introduced the measure in May, 2017, to prevent possible harm accruing from ID number leakage.

Of the reasons for ID number change applications, voice phishing came first with 298 cases (31.2 percent), followed by identity theft with 266 (27.9 percent), bodily harm or blackmail with 105