[Elizabeth Drew] To impeach or not to impeach 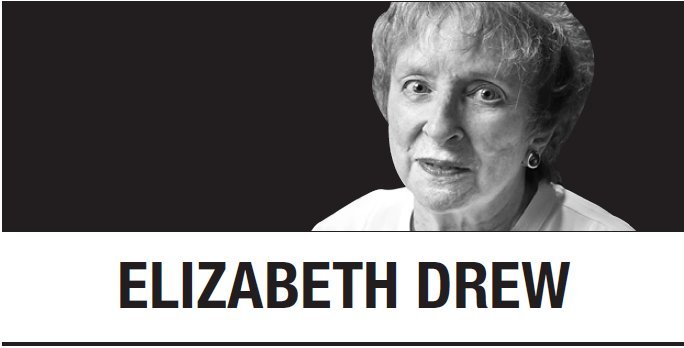 As the US Congress returns from a 10-day break, the question of whether the House of Representatives (controlled by the Democrats) should formally commence the process of impeaching President Donald Trump for misdeeds committed during his tenure -- and perhaps before -- has split the party. Theoretically, impeachment by the House would be followed by a trial in the Senate. But the Senate, controlled by the Republicans, is considered highly unlikely to convict their party’s standard-bearer, unless some stunning new revelation about his actions turns up -- which cannot be ruled out.

For all the press attention devoted to the growing number of House Democrats who favor initiating an impeachment process now, the total -- now over 50 -- represents only about one-fifth of the party’s House membership. And Republican representatives are so loyal to Trump -- or so afraid of facing a primary challenge in 2020 -- that only one, Justin Amash of Michigan, a strict libertarian, supports impeachment, though other Republicans privately would be glad to see Trump gone.

Speaker of the House Nancy Pelosi claims to oppose impeachment, at least for now, but leaves the question partly open by saying things such as, “We’re not there yet.” To impeach Trump, she says, would be bad politics for her party, because it would firm up Republican support for him and further divide the country. Launching an impeachment process now, she fears, would undermine her main goals: to avoid jeopardizing the Democrats’ hard-won control of the House and to maximize the party’s chances in the presidential election next year.

In fact, Pelosi, and other party leaders, have been saying they would prefer that the issue be litigated in the 2020 presidential election. They believe, with good reason, that the Democratic Party did so well in the House in the 2018 midterm elections because its candidates emphasized issues of immediate interest to voters -- such as health-care coverage and costs.

And yet now the House Majority whip, James Clyburn, has said that he believes Trump will be impeached “at some point.” Like Pelosi, Clyburn believes that a strong case must be made before any action is taken. Hearings planned by several House committees are supposed to establish that case. Trump hasn’t helped himself by trying to block these committees’ access to documents and testimony by even former aides. So far, courts have ruled in House Democrats’ favor.

While Pelosi is widely considered one of the smartest strategists in Washington, there are problems with her stated position. No one can foresee now the political fallout from an impeachment of Trump, and the Constitution, which established the impeachment process as a check on the president’s behavior between elections, says nothing about using it only when politically convenient. Moreover, given the results in 2018, Democratic Party leaders might well discourage making the disposition of the president the key issue in the next election. Most important, a decision not to initiate an impeachment process against Trump could set a terrible precedent. If Trump isn’t impeached for his numerous criminal acts and abuses of power, would impeachment remain a viable check on the presidency?

Pelosi has appeared unconcerned with that question. To discourage her Democratic House colleagues from advocating impeachment, Pelosi warns that Trump wants to be impeached, because he thinks it would play to his political advantage. But it’s not at all clear that this is so. No president welcomes the scar of having been impeached. Trump refers to “the I-word,” which he described last week as “a dirty, filthy, disgusting word.” Moreover, impeachment isn’t about politics, but about constitutional principles.

Trump is reported to have become very upset when now-former special counsel Robert Mueller broke his long silence May 29 to announce his resignation and say, “If we had confidence that the president clearly did not commit a crime, we would have said so.”

But others see a high value in simply having Mueller express in front of television cameras what his 448-page report says. Trump has been portraying the report’s findings as completely exonerating him (“no collusion, no obstruction”), even though the report explicitly stated that this was not the case.

Worse for Trump, the widely admired Mueller in effect recommended that Congress undertake an impeachment process. Mueller explained that a controversial Justice Department policy, intended to help President Richard Nixon, bars the indictment of a sitting president. This isn’t in the Constitution, nor is it a law.

Since shortly after the report was released in mid-April, Mueller and US Attorney General William Barr, formerly colleagues and friends, have engaged in a polite but fierce argument over the findings of the investigation. Barr, once a Republican establishment lawyer who has been unusually outspoken for an attorney general in defending the president, has insisted on defining the report’s main conclusions, which he has consistently misinterpreted, to Mueller’s displeasure.

Trump ignores Mueller’s unambiguous conclusion -- consistent with that of the entire US intelligence community -- that Russia interfered in the 2016 election on Trump’s behalf. Obviously, to accept this would undermine the legitimacy of his Electoral College victory. It has been reported that top security officials were told not even to broach the subject of Russia’s involvement in front of Trump.

This makes it highly unlikely that Trump will support any real attempt to ward off similar electoral interference -- possibly more intense and by more countries -- in 2020. He may even welcome foreign meddling. FBI Director Christopher Wray -- one of the few officials to counter Trump publicly (it would be awkward for Trump to fire a second FBI director) -- has said that Russia was active in the 2018 midterms and is likely to step up its efforts in the 2020 contest. Assuming that Trump is still in office then, the next presidential election could well be dirtier and uglier than ever before.