[Graphic News] Proportion of female workers on rise in Korea 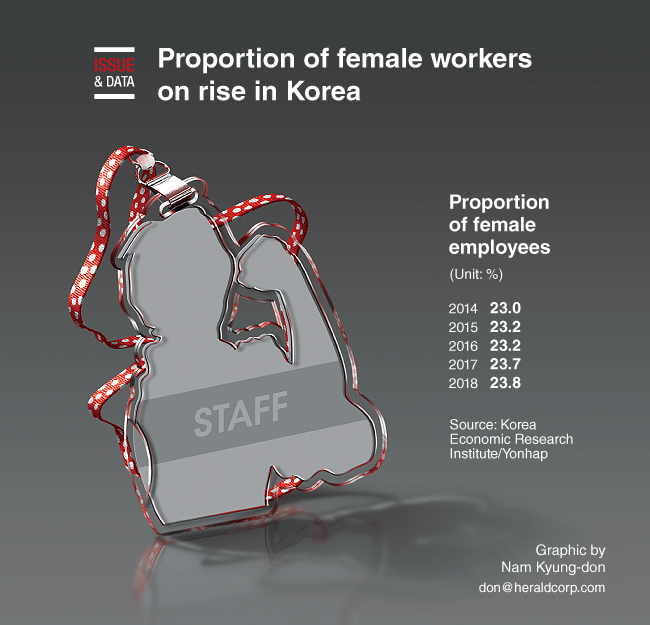 The proportion of female workers at South Korea’s 600 leading firms has increased in the past five years, according to a local think tank.

The Korea Economic Research Institute analyzed the top 600 listed companies in the nonfinancial sector and found that the proportion of female employees out of their overall workforce increased from 23 percent in 2014 to 23.8 percent in 2018.

Educational service companies as well as wholesale and retail businesses hired more female workers in the past five years, the institute said.

Korea’s female employment rate ranked 27th among the 33 members states of the Organization for Economic Cooperation and Development last year.