Did you know? Five facts about Korean cinema

Nearly six decades after the first on-screen kiss occurred in the West in the 1896 film “The Kiss,” there was an uproar in South Korea in 1954 when the two protagonists of “The Hand of Destiny” had their lip-to-lip moment.

Although this lasted for only a few seconds, it was a symbolic moment in Korean cinema that highlighted the clash of Confucian values and the ever-growing Western influence.

The director and the actress both faced trouble because of the scene, despite it having been shot with the consent of the actress’s husband -- and in his very presence. The infuriated husband sued the director, and the two later settled. The movie drew over 50,000 viewers -- a success at that time, no doubt thanks to the free marketing from the controversy. 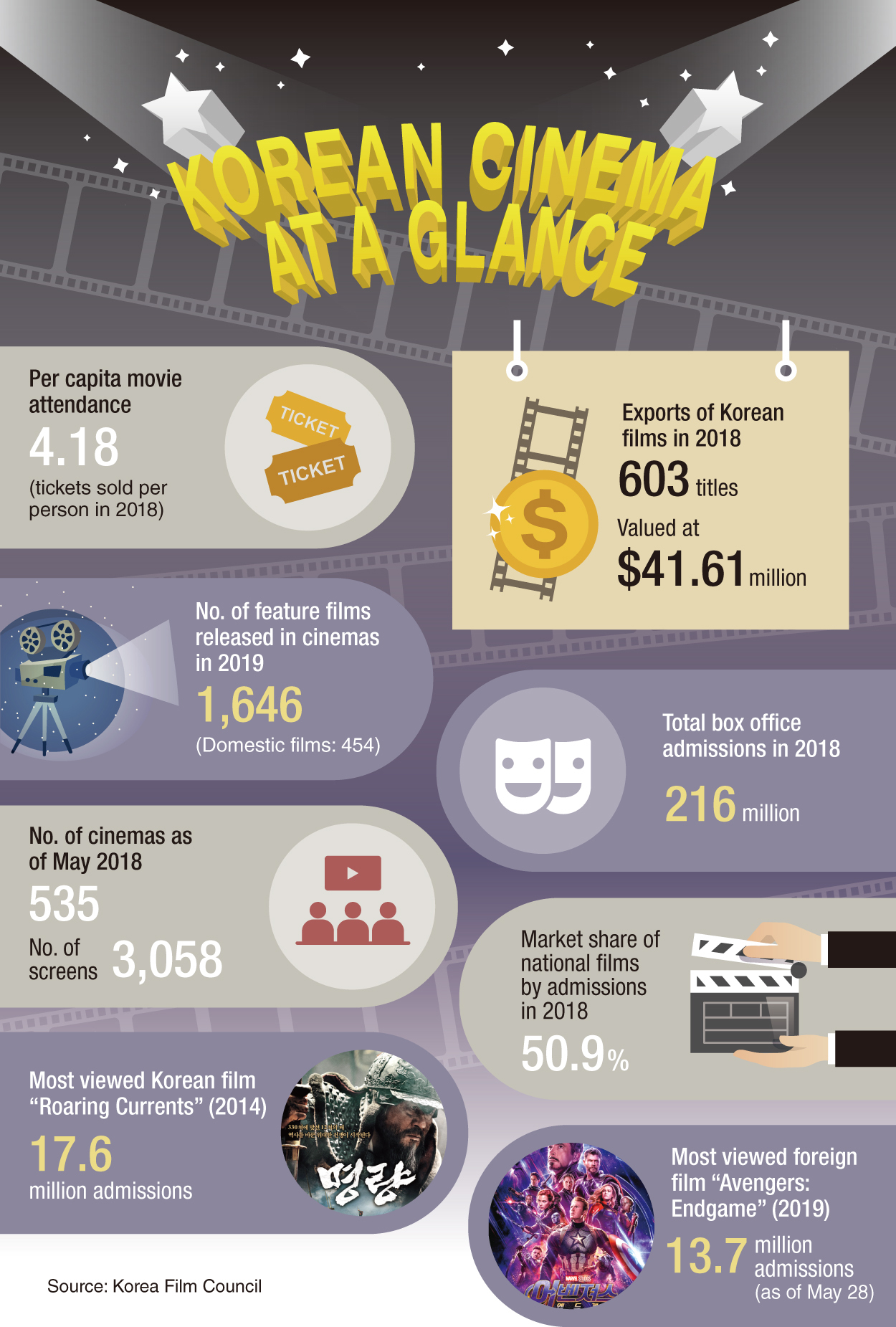 Kim Jong-il, the father of current North Korean leader Kim Jong-un, who ruled the communist regime till his death in 2011, was a film buff. His love of cinema was so great that he even ordered the kidnapping of a South Korean actress and a film director -- Choi Eun-hee and her ex-husband Shin Sang-ok.

The two were abducted to the Hermit Kingdom separately in the late 1970s and forced to make films until they escaped in 1986 via the US Embassy in Vienna. Among the seven movies they made in the North were “Pulgasari,” a communist version of “Godzilla,” and a drama that included the North’s first on-screen kiss.

The duo returned to South Korea in 1999 after living in the US under the CIA’s protection for a decade. Their tale was made into a documentary film, “The Lovers and the Despot,” and it was released in South Korea after Shin’s death. North Korea never admitted to the abductions. Choi died last year. 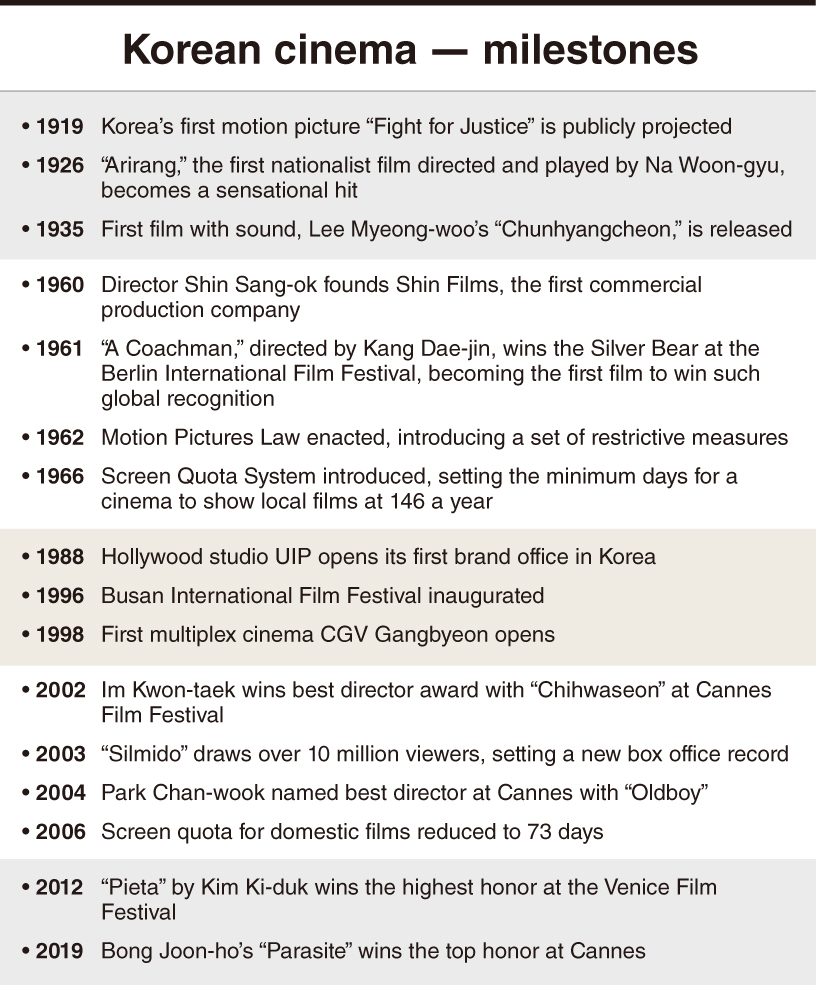 Many in the South Korean film industry have at least one reason to be thankful for the deceased North Korean leader’s love of film: He collected some of the early masterpieces of Korean cinema in his private archive in the North.

Shin, the abducted director, once testified that the cinephile tyrant had an archive of his favorite South Korean movies from before the 1970s. Among the nearly 200 films in his collection was “The Late Autumn,” released in 1966 by director Lee Man-hee. Considered one of the masterpieces of the era, the film is among the hundreds that remain missing in the South.

In fact, South Korea has done a poor job of preserving its cinematic legacy. Only 22 percent of the films produced in the 1950s and 44 percent of those made in the 1960s remain. And the 1926 “Arirang,” the nation’s first box office hit and its first nationalist film under Japanese colonial rule, is gone, along with several remakes that followed.

Last year South Korean filmmakers set up a special council for inter-Korean exchanges in the field. One of their stated priorities is to share the lists of old films that the two countries hold in their respective film archives.

4. The most watched and highest-grossing South Korean film of all time is about Korea defeating the Japanese invasion in the 16th century.

The film tells the story of Korea’s most famous naval commander, Yi Sun-sin (1545-98), played by “Oldboy” actor Choi Min-shik, and his fight against the Japanese invaders in the epic sea battle of Myeongnyang in 1597.

The record for foreign films, previously held by “Avatar,” the epic James Cameron film from 2009, was broken this month by Marvel’s “The Avengers: Endgame,” with 13.8 million tickets -- and counting -- sold as of May 30. 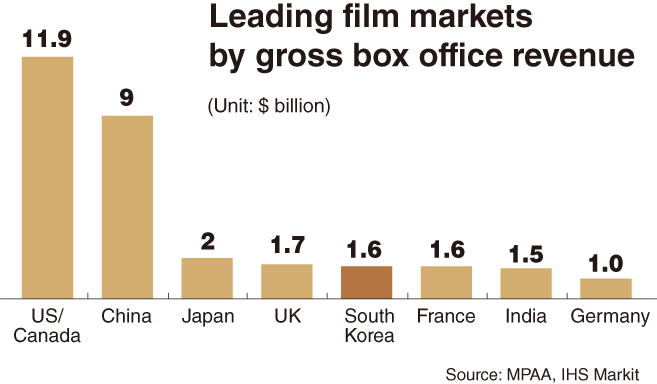 5. South Korea may be reshaping the future of cinema with technology.

CJ is a South Korean conglomerate heavily invested in the film industry, owning the country’s largest multiplex chain, CJ CGV, and one of the major film distributors, CJ E&M. It is also driving global cinema technology with 4DX and ScreenX.

4DX, developed by CJ 4Dplex, creates the ultimate immersive movie-viewing experience by delivering seat motion, wind, rain, lights and scents on top of the standard video and audio. Combined with ScreenX, a 240-degree panorama screen, the technology is hailed by some industry experts as the future of cinema. 4DX is being used in theaters in over 60 countries and ScreenX in 17 countries.