By Jung Min-kyung
Published : May 28, 2019 - 16:20       Updated : May 28, 2019 - 16:20
In an apparent move to advocate the incumbent government’s real estate measures, the Land Ministry said Tuesday that Seoul’s housing prices had grown at a stable rate for the past five years, compared to fluctuations observed in real estate transaction prices in other major cities.
Seoul saw an average 18.9 percent rate fluctuation in its housing price from 2014 to 2018, according to the data, which was released as part of a seminar co-hosted by the ministry and the state-run Korea Research Institute for Human Settlements, held the same day. 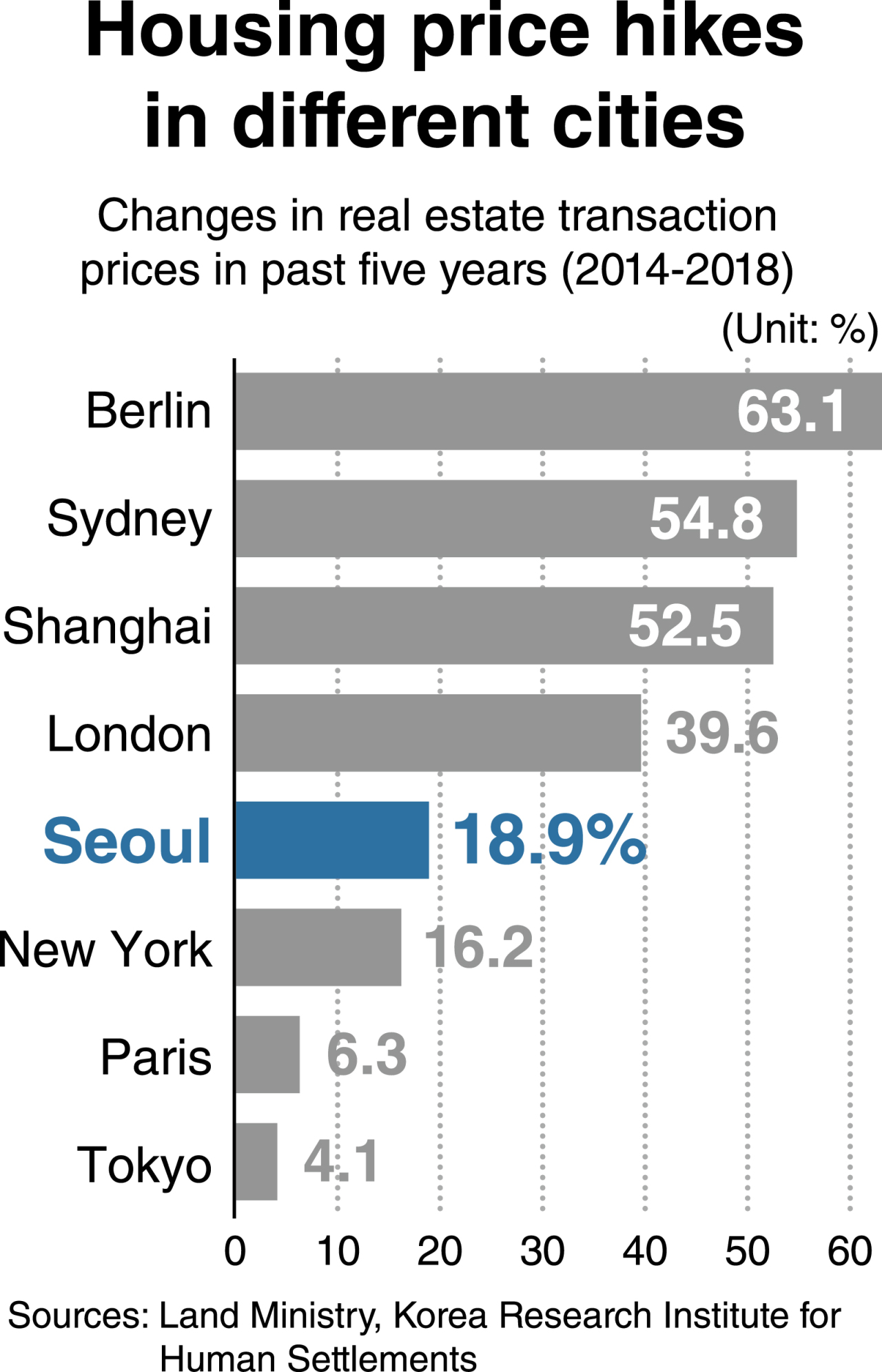 But the data also showed that cities such as New York City and Tokyo saw a relatively low fluctuation rate of 16.2 and 4.1 percent, respectively, over the course of five years.

Experts at the seminar cited the Moon administration’s real estate regulations announced last year as a major reason behind the containment of a serious price hike.

On Sept. 13 last year, the government announced a series of measures to crack down on speculation and cool off the overheated real estate market. It included restrictions on mortgages for multiple homeowners, and increases to the general real-estate tax for high-priced residences.

Overall, the fluctuations in real estate transaction price across Korea dropped to -0.63 percent this April, from 1.48 percent in 2017. The corresponding figure was 1.1 percent in 2018.

“Following the Sept. 13 measures, Seoul’s real estate transaction market was able to slow down,” Park Chun-gyu, an analyst at KRIHS said at the seminar.