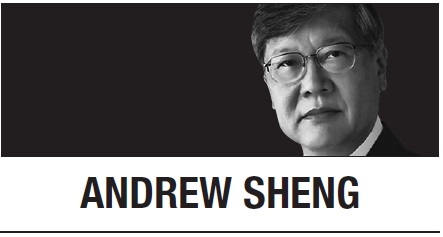 There has been so much bad news lately that the only good news, if you believe it, lies in the stock market. Simply put, despite the trade war and all the political bad news, the US stock markets hover around historical highs. And Asian stock markets are still guided by sentiment in Wall Street.

Is that market optimism justified?

One investor who has done incredibly well is Berkshire Hathaway, the investment company led by legendary investor Warren Buffett and his partner Charlie Munger. Their famous annual newsletter just came out and I recommend that any serious investor read it very carefully for its nuggets of wisdom.

First, as a qualified accountant and former securities regulator, I agree with Buffett that generally accepted accounting principles have led to “wild and capricious swings in our bottom line.”

Second, Berkshire is a value investor, focused totally on operating earnings of companies that are ably managed in “businesses that possess favorable and durable economic characteristics.”

They succeed because they focus on the forest rather than the trees, transforming from companies that manage listed shares to companies whose major value resides in doing business.

Because Berkshire believes that under GAAP, the book value of its shares is understated relative to their current value, the company will be “a major repurchaser of its shares” when prices are “below our estimate of intrinsic value.”

Let’s take a broad “forest-not-trees” look at the stock market, mainly in the US, but also here in Asia.

First, stock markets are getting more and more concentrated, meaning the largest stocks dominate in terms of trading volume, liquidity and asset holding. Most institutional trading concentrates in the index stocks, either directly or indirectly through indices’ exchange traded funds, or ETFs. If your stock gets out of the index, its price will suffer and liquidity will decline.

For example, the number of listed stocks in the US has halved since its peak in 1996 to around 3,600 today.

Because of onerous regulations and transparency requirements, many good companies have delisted and moved to private markets -- and even public trading has moved to “dark pools” where no one knows what is happening.

Second, stock indices are designed to go up rather than down, because stocks that do not perform are eliminated and replaced by performing stocks. The more conservative indices, like the Nikkei-225, reflect better the performance of Japanese companies because they do not like to kick poorly performing stocks out. So the Nikkei-225 index today is still at the 21,000 level, just over half its peak in December 1989. In contrast, the S&P500 is 8.4 times higher.

Third, stock markets are now driven by momentum play more than valuation. The fundamental reason is that with the availability of big data, quantitative trading and very low trading costs have enabled artificial intelligence or robot trading to detect any market anomaly (not just in stock markets, but also currency, interest rate, commodity and derivative markets), so that buying and selling stocks can be machine driven for algorithms that no retail investor or regulator can understand. Quantitative trading now accounts for half the volume in major stock markets.

This explains to me why markets shocked by bad news (such as the US-China trade war) recover quite fast, because the market trades on news arbitrage rather than fundamentals.

Fourth, how do you value stocks when interest rates have been driven to historically low levels (even negative in some cases) by central banks and the shares are subject to huge buybacks? The theory of investment is that the market is highly liquid and efficient, and you are trading against thousands of small investors who cannot individually influence the price.

In 2018 share buybacks totaled $806 billion -- and, including dividends, exceeded the companies’ investments in fixed equipment. It is almost impossible to say whether companies buying back their own shares stand to benefit in the long run. But analyst Ed Yardeni, a supporter of buybacks, argues, “S&P 500 companies are mostly buying back their shares to offset the dilution of their shares resulting from compensation paid in the form of stocks that vest over time, not just for top executives but also for many other employees.” Exactly, companies buy back shares to help the CEO’s option bonuses!

Furthermore, the “buy” side of the stock market is now increasingly the large quant funds, long-term institutional investors like pension and life insurance funds, but also sovereign wealth funds and central banks. For example, few people are aware that the Bank of Japan “bought just over 6 trillion yen ($55 billion) of ETFs in line with its target for 2018 and now holds close to 80 percent of outstanding Japanese ETF equity assets. Total purchases to date represent around 5 percent of the country’s total market capitalization. The bank also owns close to half of all outstanding Japanese government bonds.”

The current stock market levels are all basically supported by central bank quantitative easing, because the top five central banks increased their balance sheets by $13.4 trillion since 2007, without which real interest rates would not have declined to historically low levels. As Yardeni points out, the S&P500 index closely mirrors the balance sheets of the Fed, the European Central Bank and the Bank of Japan. Without quantitative easing, stock markets would not be where they are.

Finally, all investors are locked in -- damned if they invest, and damned if they don’t. Given so much liquidity and the fact that everything is expensive, where else can they put their liquidity?

In short, the forest looks healthy, because of lots of liquidity provided by central banks, which are printed at zero marginal costs.

We are witnessing climate change in terms of rising temperatures in global conflict. When liquidity dries up, wait for the markets to bomb. But maybe the central banks will bail us out again.

That is why markets are so complacent.

Who worries about boiling frogs?