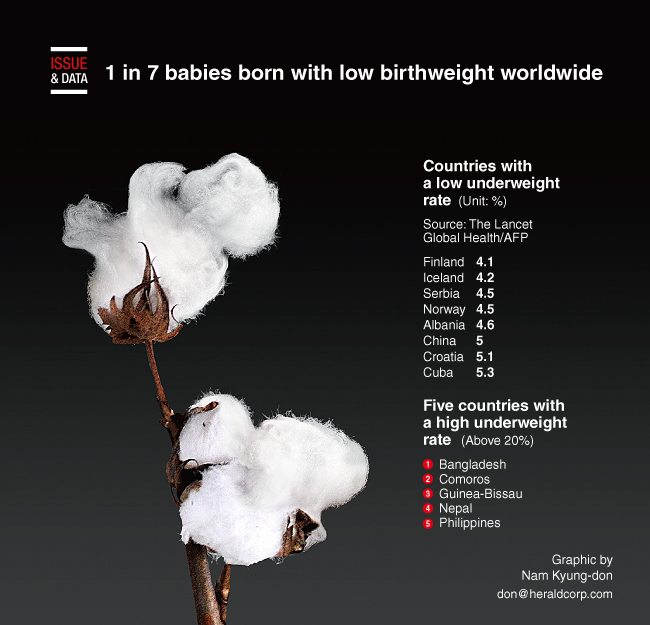 More than 20 million newborns in 2015 - one in seven - came into the world weighing too little, latest data showed.

Over 90 percent of babies tipping the scale at less than 2.5 kilograms when born were in low - and middle-income countries, researchers reported in Lancet Global Health.

Worldwide, just under 15 percent of 2015 newborns in the 148 countries canvassed had low birthweight, varying between 2.4 percent in Sweden and nearly 28 percent in Bangladesh.

In sub-Saharan Africa, the number of low birthweight live births actually increased from 2000 to 2015, from 4.4 to 5 million.

Southern Asia is estimated to have had 9.8 million in 2015, nearly half the world total. (AFP)