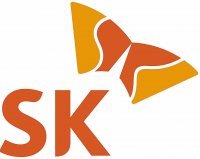 South Korea’s third-largest conglomerate signed a deal in Hanoi to acquire 6.1 percent of the Vietnamese group’s shares at $1 billion, or 23.3 trillion Vietnamese dong, making it the largest shareholder. The transaction has yet to be confirmed, pending the customary regulatory approval by local officials.

The two counterparts also agreed to jointly invest in efforts to privatize Vietnam’s state-owned firms in the upcoming years.

To follow up on the newly sealed partnership, SK Group will be appointing an executive member to join Vingroup’s directorate, officials said.

The strategic investment on the part of the Korean conglomerate was a demonstration of trust in its Vietnamese partner, as well as an endorsement of both parties’ confidence in the growth potential of the Vietnamese market, officials said.

“Partnering with a local champion such as Vingroup is an ideal strategy for SK’s expansion in Southeast Asia,” said Park Won-cheol, representative director for SK Southeast Asia Investment.

“In regard to our long-term goal of contributing to the local agenda and the economic advancement of the nation, we have respect for Vingroup and its significance in Vietnam’s economy.”

Last year, SK Group purchased a 9.5 percent stake in Vietnam’s second-largest conglomerate, Masan Group, for $470 million. The Korean conglomerate logged $132 billion in combined revenues as of the end of last year, with its assets standing at $184 billion.