Titled “My Clara,” the nationwide tour begins Thursday and continues through June 1. The program, drawn up by the pianist himself, includes Clara Schumann’s Notturno in F Major, Robert Schumann’s Fantasie in C Major and Johannes Brahms’ Piano Sonata No. 3 in F Minor. 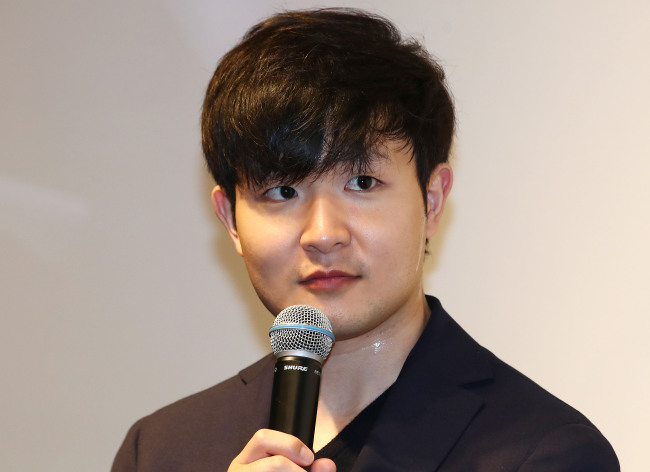 “Lately, I have been feeling more connected to the works of the Schumanns and Brahms,” the 29-year-old pianist said during a press conference Monday at the culture complex Ode Port in southern Seoul.

“The three artists were close and influenced each other, creating indescribably good works -- something to be grateful for,” he said, referring to the close friendship between the couple and Brahms.

According to the pianist, the tour’s title reflects his affection for Clara Schumann, with the 200th anniversary of her birth being marked this year.

“Clara Schumann was a type of a person with many characteristics (thoughts) in her head. I am not one to be easily swayed, but musicians have to live with a lot of emotions,” he said.

“Performances can easily make artists become, somewhat, crazy -- making them feel like children or to (feel as if they are) storms,” he said. “I didn’t really enjoy listening to Schumann’s music in my early 20s, but recently, the pieces have come to have a great impact on me.”

Sunwoo is one of the most acclaimed classical musicians in Korea. He has won eight international competitions, including the gold medal at the 2017 Van Cliburn International Piano Competition -- the first Korean to do so.

However, the pianist hopes to put aside the medalist title during the upcoming tour. He even asked the organizers to erase the title from a promotional video clip.

“I feel that the title disturbs me a little. Of course, I am very grateful for the valuable title but I feel as if I don’t have to showcase it all the time. I would like to present a more serious side of me as an artist,” he said.

“Especially for this recital, I wanted it to be more focused on the composers.”

Sunwoo admitted that the program is not a light one.

“This program may be a little difficult and boring for the general public. Even for classic aficionados, it may be difficult,” he said. “I hope it will be a chance for the audiences to enjoy the pieces, along with the acoustics and the ambiance of the venues.”

The tour includes Jeju Island, Suwon and Gangneung. A performance in the capital city will take place at the Seoul Arts Center on June 1.

Tickets for the recitals are available through online retailer Interpark.