Samsung Electronics’ Galaxy S10 Plus has taken the top spot in the latest smartphone ratings released by US products evaluator Consumer Reports, outpacing its previous models and Apple’s smartphones when it comes to the devices’ functionality and durability.

According to Consumer Reports on Wednesday, Galaxy S10 Plus boasted the longest battery life with an average of 39.5 hours on normal use. That was about eight hours longer than the Galaxy Note 9.

Galaxy S10 plus has also proven to be more robust than its competitors in terms of the ability to withstand external shocks, according to the report. The Consumer Reports said the smartphone emerged unscratched from 100 drops in a tumbler and survived water-immersion tests. 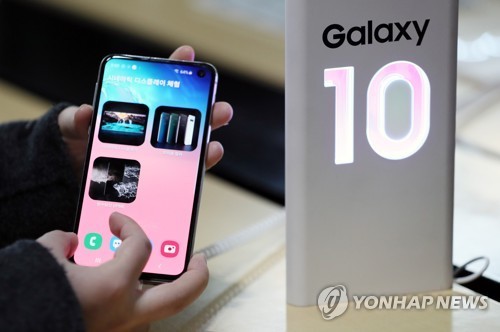 “What puts the S10+ on top is the exceptional way it performs the basics. It has the longest battery life in our ratings, excellent cameras, and the durability to withstand the physical abuses of daily life,” the Consumer Reports said.

In terms of the camera, Consumer Reports said the Galaxy S10 has closed its “razor-thin” gaps with Apple’s latest iPhones. Apple’s smartphones have topped the Consumer Report’s testing on cameras in previous years.