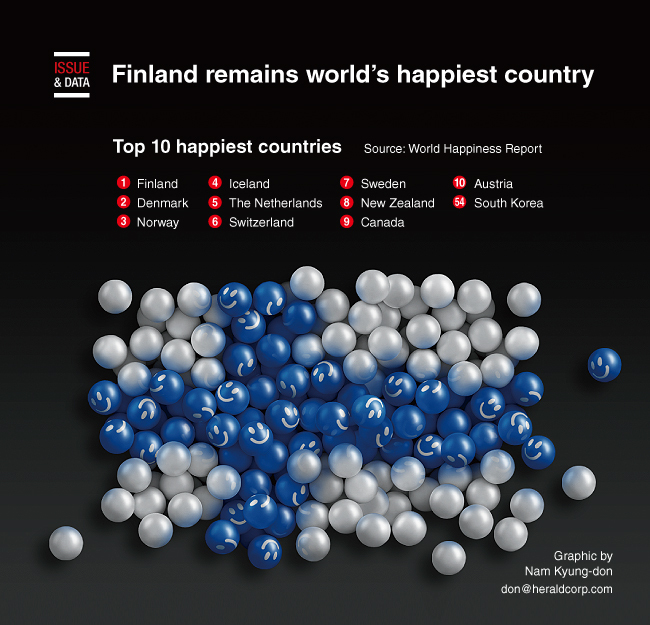 Finland has emerged as the happiest nation for the second consecutive year, according to a report. Researchers say the small Nordic country of 5.5 million people has succeeded in coming up with a recipe for a balanced life not simply dependent on economic and material wealth.

The World Happiness Report, by the UN Sustainable Development Solutions Network, ranks 156 countries in terms of how happy their citizens perceive themselves to be.

It is based on factors such as economic wealth, life expectancy, social support, freedom to make life choices and levels of government corruption.

Other Nordic countries did well again this year, with Denmark, Norway and Iceland taking the second, third and fourth spots respectively. South Korea came in at No. 54.