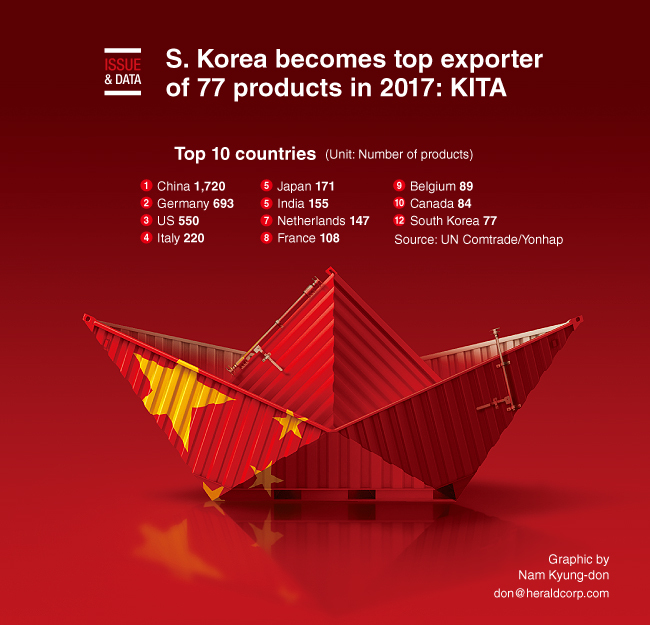 South Korea became the No. 1 exporter of 77 products in 2017, a local trade organization showed, on the back of improved performance from the petrochemicals industry.

According to the Korea International Trade Association, the number of products enjoying a top market share shipped from Asia’s fourth-largest economy grew from 68 in 2015 and 71 tallied for 2016.

China had the highest number of products that topped the global market at 1,720, followed by Germany with 693 and the United States with 550.