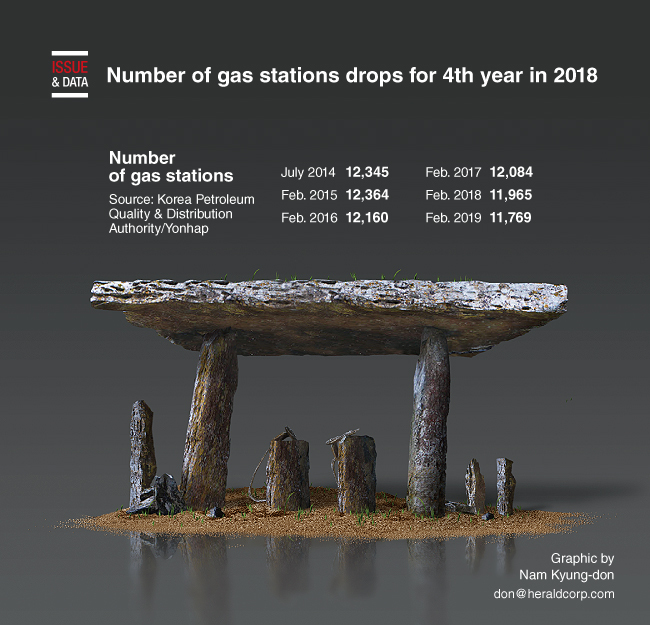 The number of gas stations in South Korea dropped for the fourth straight year in 2018, amid worsening profitability facing the industry, data have showed.

As of end-December, 11,769 gasoline stations were operating across the country, down 196 from a year earlier, according to data from the Korea Petroleum Quality & Distribution Authority.

It marked the fourth consecutive year of annual decline. An annual average of 149 gas stations have been shuttered over the past four years.