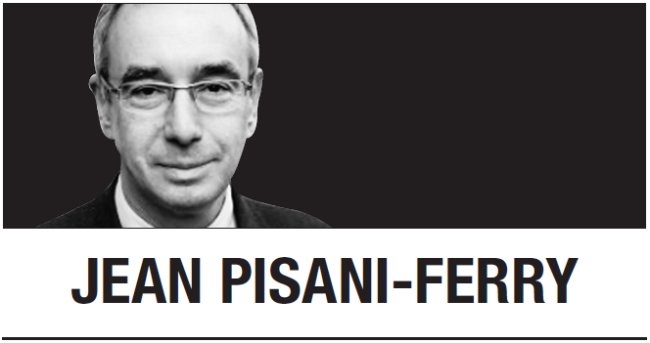 The Green New Deal promoted by Alexandria Ocasio-Cortez, a fast-rising star in the US Congress, and others among her fellow Democrats, may trigger a welcome reset of the discussion on climate-change mitigation in the United States and beyond. Though not really new -- European Greens have been pushing for such a “new deal” for a decade -- her plan is ambitious and wide-ranging.

It may be too ambitious and wide-ranging. But, unlike economists’ favorite approach to climate change -- set the right price for carbon and leave the rest to private decisions -- the Green New Deal rightly encompasses the many dimensions of what must be a fundamental transformation of our economies and our societies if the climate challenge is to be met successfully.

The transition to a carbon-neutral economy is bound to be as revolutionary as the transition to the industrial age. Given the comprehensive nature of this transition, it cannot be summarized in one price. It must be a collective endeavor in which governments invest and every citizen finds his or her role. The optimistic, participatory ethos of the Green New Deal should be commended.

But let’s be clear: the green transition will not be a free lunch. There is no doubt that life and work will be far better if we succeed in containing climate change than if we fail, which is the rationale for undertaking the corresponding efforts. Yet that is not the question many citizens are asking. Their baseline expectation -- unrealistic, but understandable -- is a business-as-usual scenario in which they continue to consume and travel according to their current habits. They may accept eating a little less meat and using more efficient cars, provided their purchasing power does not change. And they may wish to change jobs, if the new one is better paid and less stressful. But there is little evidence that most citizens are ready for more.

Understandably, the Green New Deal supporters tend to pander to these feelings. The Ocasio-Cortez proposal is vague enough to evade precise criticisms, but what is evident is that it does not put a finger on anything that may hurt. The same applies to many plans that promise a nicer life together with more and better jobs.

The truth is unfortunately quite different. The transition to a carbon-neutral economy is bound to make us worse off before it makes us better off, and the most vulnerable segments of society will be hit especially hard. Unless we acknowledge and address this reality, support for greening the economy will remain shallow and it may eventually wane.

The reason brings us back to economists’ favorite instrument: prices. One way or another, we must start paying for something -- carbon -- that we have been consuming for free. And putting a price on carbon is bound to reduce overall consumption.

The cause is not the tax, the proceeds of which can be redistributed to taxpayers, for example, on a per capita basis, as an impressive group of US economists has proposed. Rather, putting a price on carbon inevitably will result in what economists call a negative supply shock. Some equipment will become unusable, and some technologies will no longer be profitable. Maximum production (what economists call potential GDP) will decline. If the price hike is abrupt, a slump will follow, as occurred in 1974, when oil producers suddenly hiked prices. A corollary is that wealth drops as the value of fuel-inefficient houses, gluttonous cars, and oil companies’ shares declines.

The problem does not come from the use of a price instrument. It would be the same in a planned economy: carbon efficiency would also require old, inefficient equipment to be discarded and additional investment so that GDP becomes less carbon-intensive. With recent estimates putting the required additional investment at some 2 percent of GDP annually in 2040, a correspondingly smaller share of output will be available for household consumption.

Furthermore, the distributional effects of the green transition are unfortunately adverse. The poor and the suburban middle class spend more of their income on energy than the rich and the urban professionals do, and often lack the means to buy a new, efficient heating system or to insulate their house. And, because working-class jobs tend to be more carbon-intensive, factory workers and truck drivers will be hurt more than designers and bankers.

The problem our societies are facing is massive. It should not be hidden. The French government had to backtrack after the Yellow Vests revolted against a 55 euros ($63) per ton fuel tax, but a recent estimate of what its needed to decarbonize put the rate at 250 euros per ton in 2030. European countries, already agonizing over increasing their defense spending to 2 percent of GDP, as US President Donald Trump has demanded, now face the prospect of paying another 2 percent for the transition to a carbon-free economy. For decades, people have been given incentives to move from city centers to the suburbs, and now they are being told that their lifestyle has no future.

Fortunately, these effects can be softened. The full redistribution of carbon tax proceeds can alleviate the burden on the most vulnerable. In an environment of ultra-low interest rates, debt finance is a rational way to accelerate economic transformation while spreading the corresponding cost across generations. As the astonishing drop in the cost of solar panels suggests, fostering innovation and competition will help accelerate the emergence of clean, efficient technologies. And the earlier action is taken, and the more predictable the long-term outlook, the easier it will be to adapt, and the less adverse the impact on production and wealth will be. Abrupt changes devalue existing assets, while a smooth transition enables the right investments at the right time.

That said, realism compels us to recognize that nothing can fully eliminate the hardship involved in the transition. To win, Green New Deal enthusiasts must be honest with citizens about what the coming transformation will entail, how its costs will be minimized and equitably shared, and what role they can play. Rather than portraying their scenario as rosy, they should show that it is feasible.


Jean Pisani-Ferry
Jean Pisani-Ferry, a professor at the Hertie School of Governance (Berlin) and Sciences Po (Paris), holds the Tommaso Padoa-Schioppa chair at the European University Institute and is a senior fellow at Bruegel, a Brussels-based think tank. -- Ed.