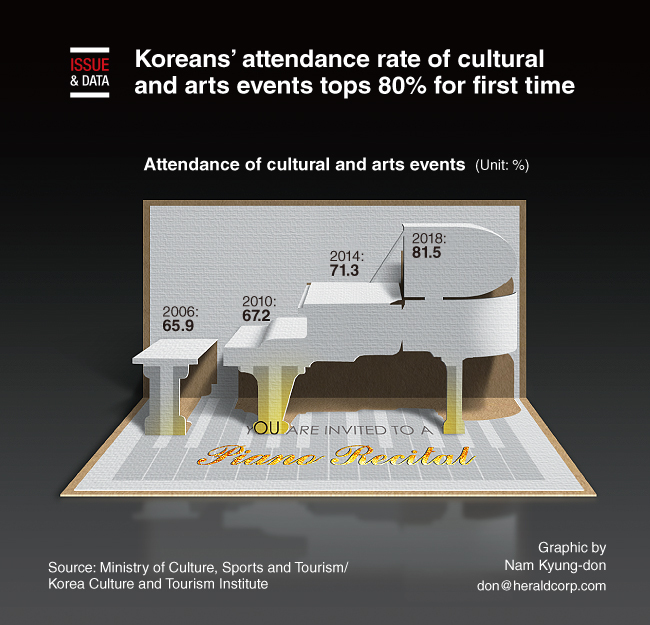 South Koreans’ attendance of cultural and arts events has risen steadily in recent years due to higher incomes and growing interest in culture, showed a survey.

According to the survey by the Ministry of Culture, Sports and Tourism and the Korea Culture and Tourism Institute, the rate of public attendance of cultural and arts events was 81.5 percent between Aug. 1, 2017 and July 31, 2018.

This represented an increase of 3.2 percentage points from 78.3 percent recorded in 2016 and marked the first time the figure has topped 80 percent since the government began the poll in 1988. (Yonhap)