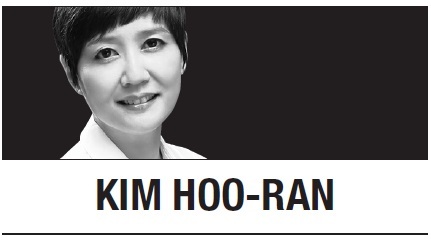 In Gwangju for the first time a few years ago, I walked down Geumnanro, the site of violent clashes between Gwangju locals and troops enforcing martial law on May 18, 1980. Events were being held on the broad avenue closed off to traffic for the day -- a play, a concert and a samulnori performance to name but a few, all commemorating the May 18 Gwangju Democratization Movement. There were few people in attendance, but that didn’t seem to matter. These were people remembering the massacre in which 165 people were killed, according to official figures, even when the rest of the country seemed to have long forgotten.

Looking at buildings riddled with bullet holes, I realized how May 1980 must still be vividly alive in the hearts and minds of the people of Gwangju, seared in their memories. I also thought how, to many Koreans, especially the generations that came after that pivotal moment in Korean history, the May 18 Gwangju Uprising may be just something learned in the classroom. Walking down Geumnanro that spring, I felt both gratitude and guilt; gratitude for the brave women and men who fought for democracy with their lives and guilt for not remembering their sacrifices.

Some 39 years later, Gwangju is in the news again because of people who deny that what happened there in May 1980 was a pro-democracy movement.

Earlier this month, a number of Liberty Korea Party legislators hosted a public forum on the Gwangju Uprising, inviting Ji Man-won, an extreme right figure, as a speaker. The forum gave a man well known for his controversial claims a public arena to expound on his arguments after his nomination to a May 18 fact-finding commission failed to materialize.

Not only that, Reps. Kim Jin-tae, Kim Soon-rye and Lee Jong-myeong spoke at the forum, essentially echoing Ji’s claims that North Korean troops were involved in the uprising and that it was an anti-government riot. Rep. Kim Soon-rye went so far as to call the people honored for their participation in the movement “monsters.” The remarks drew a storm of criticism from the public as well as both ruling and other opposition parties.

There have been six separate investigations into the events of May 18-27, 1980.

On the other hand, courts have found Ji’s controversial claims to be untrue on two occasions, finding him guilty of defamation in 2003 and 2013. One reason Ji continues to make his claims may be that in 2012 the Supreme Court found him not guilty of defamation in yet another case. In its ruling, the highest court said it did not find Ji guilty of defamation because the case did not involve a specific person and society’s evaluation of the May 18 Gwangju Uprising would not change as a result of Ji’s writings. Another case has been pending since 2016.

Unfortunately, Ji’s writings nevertheless continue to have destructive power as they spread via the internet, virally as any other fake news. A fact-finding commission, whose launch has been delayed due to disagreements on the nominees for the commission, should be formed as soon as possible and get to the truth of the matter, once and for all. The commission is mandated by a special law on May 18 that was legislated as new allegations concerning the 1980 crackdown, including sexual assaults of women by troops, came to light.

The Liberty Korea Party decided to expel Lee from the party while postponing decisions on Kim Soon-rye and Kim Jin-tae, who is running for the party’s leadership in next week’s party convention. At a recent party rally in Daegu, it was very clear who Kim Jin-tae’s supporters are -- ultraconservatives, better known as “Taegeukgi troops” for their waving of the national flag at rallies.