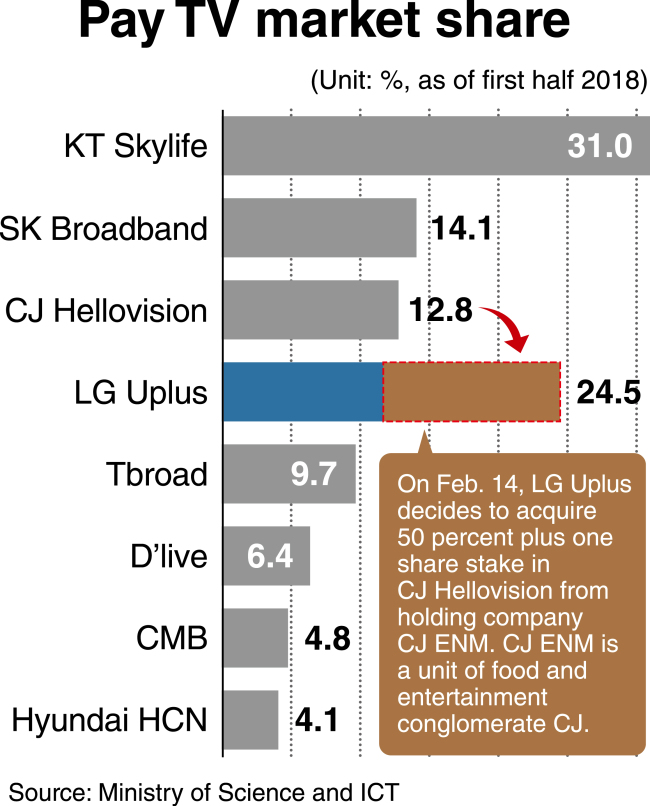 On Thursday last week, LG Uplus’ board of directors approved a plan for the company to purchase 50 percent plus one share of CJ Hellovision from its holding company, CJ ENM.

LG Uplus will become the nation’s second-largest pay TV operator with a 24.4 percent market share, up from fourth place, with the deal worth 800 billion won ($711 million).

The acquisition is to be confirmed in a shareholders meeting next month and also requires approval from the Fair Trade Commission, which has up to 120 days to review upon application. The FTC had previously blocked SK Telecom’s attempted acquisition of CJ Hellovision.

With the deal, LG Uplus is securing major market share in the cable TV market to challenge the two other big players SK Telecom and KT, while with the sale, CJ ENM is expected to hone in on its contents business by unloading CJ Hellovision. (khnews@heraldcorp.com)