[Monitor] Cigarette sales down due partly to higher prices 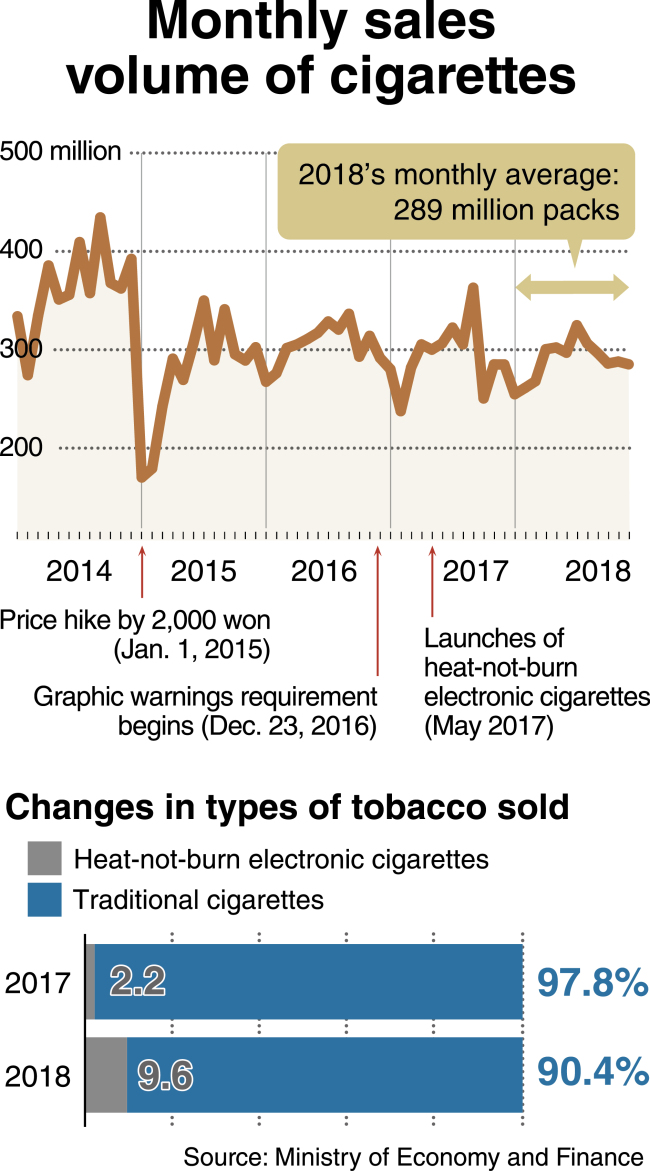 Sales of cigarettes in South Korea fell 1.5 percent in 2018 from a year earlier, data from the Ministry of Economy and Finance showed.

A total of 3.47 billion packs were purchased last year, down slightly from 3.52 billion packs. One pack contains 20 cigarettes.

Sales in 2018 also saw a 20.4 percent decline from 2014, the year before the government raised the prices of cigarettes 80 percent from 2,500 won ($2) per pack to 4,500 won. In December 2016, the government started requiring tobacco companies to place graphic warnings on the upper part of both sides of cigarette packs.

The government collected 11.8 trillion won in taxes from cigarette sales in 2018, up 5 percent from 2017. (khnews@heraldcorp.com)