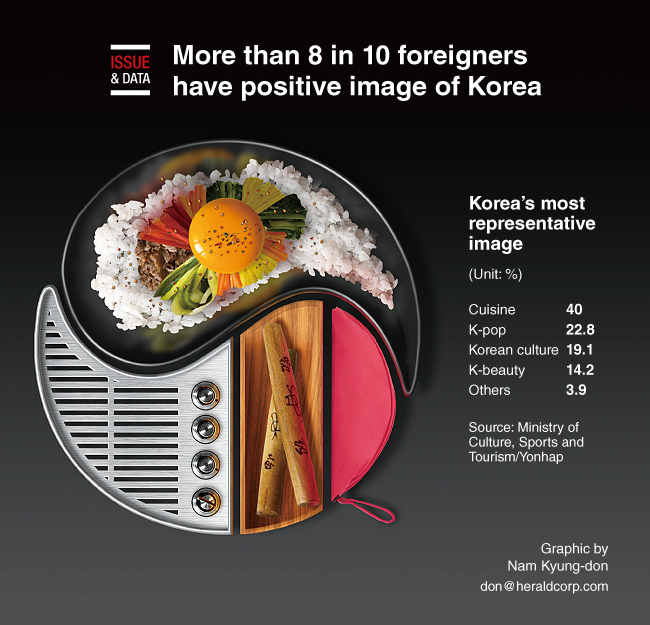 According to an online survey of 8,000 people in 16 countries, including South Korea, 80.3 percent of foreign respondents positively rated the nation’s image.

Notably, 34.6 percent expressed a “very positive” impression of the nation, the survey showed. It was jointly conducted by the Ministry of Culture, Sports and Tourism and the affiliated Korea Culture and Information Service.