By Bae Hyunjung
Published : Jan 18, 2019 - 18:04       Updated : Jan 20, 2019 - 15:33
Local credit card operators are stepping up efforts to expand big data management and reinforce digital functions as they face the imminent markdown of their commission fees and a consequent decline in business margins, according to industry sources.

The CEOs of major credit card service providers, expressing concerns over what they saw as a profit cliff situation, have vowed swift action to achieve a digital switchover and adopt big data-based marketing.

“There is a growing sense of crisis that our key competitiveness may no longer be valid in the context of new market situations,” said Lee Dong-cheol, president of KB Kookmin Card, in his recent address to the company’s employees. 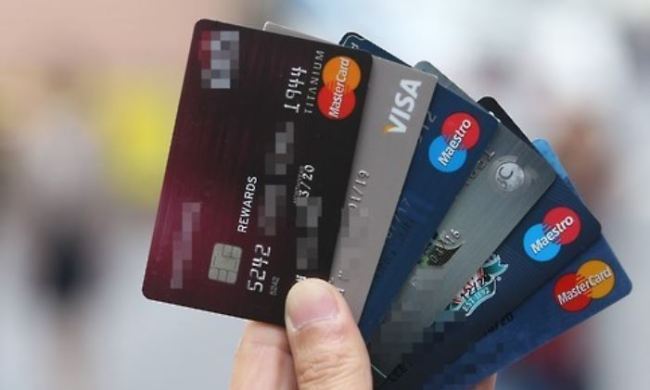 Lotte Card CEO Kim Chang-kwon also acknowledged that a visible decline in profitability is inevitable this year, given market trends and government regulations.

“This year, (credit card companies) will be weighed down not only by direct factors (such as the commission fee cut) but also by external uncertainties,” said Kim Duk-soo, chairman of the Credit Finance Association, urging companies to focus on lowering their marketing and procurement costs.

Starting in February, the credit card processing fees for small merchants with annual revenue figures between 500 million won ($445,673) and 1 billion won will be lowered to 1.4 percent per transaction, down 0.65 percentage point.

Those with average revenue figures between 1 billion won and 3 billion won are expected to save 200.1 billion won per year, as their rate will be cut to 1.6 percent per transaction, down 0.61 percentage point.

The markdowns, part of the government’s continued struggles to ease financial burdens affecting small businesses, are expected to cost credit card firms about 419.8 billion won per year, according to a report by the Financial Services Commission.

Considering earlier regulations that took effect last year, total losses for the industry could rise as high as 700 billion won, the report said.

The Credit Finance Association estimated the industry’s accumulated net losses for the next three years at 1.5 trillion won.

The government’s move also raised concerns from global credit ratings agencies. In a report issued in December, Moody’s Investor Service pointed out that the fee cut was “credit negative,” especially for Shinhan Card and Woori Card. The respective decreases in net income for the two companies in 2019 could be as high as 15 percent and 25 percent, it said.

Leading companies are taking urgent action in response to these manifold challenges, as can be seen from their digital transformation road maps.

Shinhan Card is currently operating a data scientist program, with the long-term goal of turning some 70 percent of its employees into digital experts.

Hyundai Card, which has declared a full-fledged switchover to a data science platform, is planning to increase its digital manpower to 500 this year, up from 400 last year.