By Kevin Lee Selzer
Published : Jan 17, 2019 - 17:52       Updated : Jan 17, 2019 - 17:55
For Philippine director Treb Monteras II, hip-hop has always been about politics and social issues, and no situation is more pressing today for the country than that of de facto martial law under authoritarian President Rodrigo Duterte.

“Respeto” -- “respect” in both Tagalog and Spanish -- is the director’s first feature film, after helming more than 300 music videos since 2004.

The main role of aspiring street rapper Hendrix is played by Abra, while that of Loonie is played by Breezy G. The two are among the Philippines’ top hip-hop stars, and the film begins with underdog Hendrix and local star Loonie facing off in a rap battle that sets up what looks to be a hip-hop hero’s journey.

Teenaged Hendrix has his small crew of two close friends. He struggles in the slums living with his sister and her boyfriend. Then as a consequence of a petty crime, he finds himself in a mentor-mentee situation with a wizened poet. All standard fare so far, yet the backdrop of political debate in the media, poverty, government oppression and extrajudicial killings come to inform the thrust of the film. 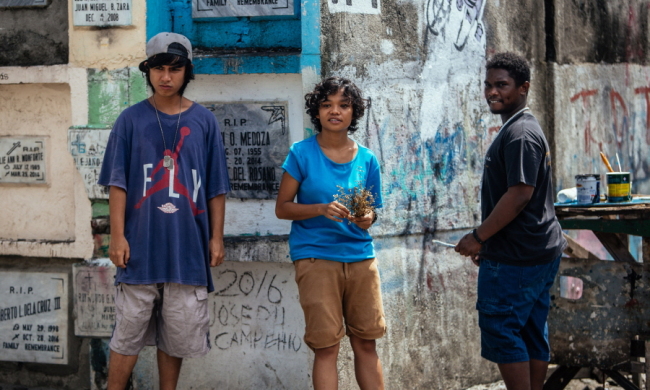 "Respeto" (BIFAN)
“When we were shooting we really didn’t tell anyone what the movie is about, except the people working in the movie,” Monteras explained to The Korea Herald, on fears of government intervention. “When we were marketing the movie, we marketed as if it were another ‘8 Mile’ or ‘Karate Kid’ movie. So there were precautions.”

“It was really difficult shooting this, especially in the slums,” the director said. “During the first day of our shoot ... three undercover policemen entered our set. I just thought that they were just people from the neighborhood, so I said ‘action,’ and it also provides a good foreground for the shot.

“So when I said ‘cut,’ the people in the neighborhood started to run away and scream, because these men took out their guns and pointed (the guns) to a suspected drug dealer.”

There in the middle of the afternoon, he said, the drug dealer “would’ve been shot if he did not hide himself behind an elderly woman.”

“This is the reality of life today in these slums,” Monteras said. “When we talk to the people in the neighborhood, that is what is really happening to them every day. 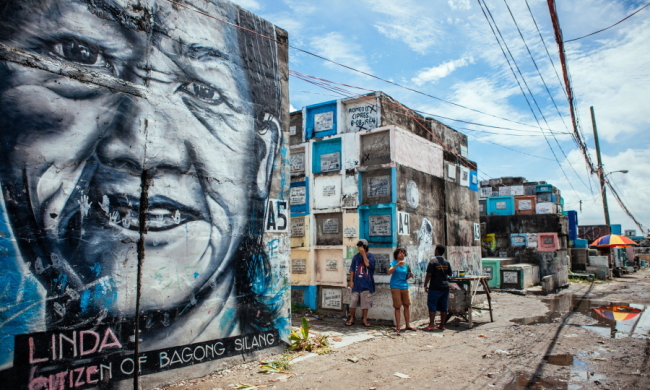 The film was in competition at the Bucheon International Fantastic Film Festival here last summer, where he spoke with The Korea Herald, and is preparing for its general theatrical release in the Philippines in the spring. Before its first, earliest showing at the Cinemalaya Philippine Independent Film Festival in 2017, however, the film already had its critics.

“Before the film was screened in the theaters, we already had bad reviews on IMDB,” the director explained. “These people were paid trolls by the government to make false synopses and reviews about the movie. That was three or four days before our movie came out, there were reviews already and the only people who had seen the movie are the editors, me and my producer.”

Given his early experiences with undercover police, government trolls and the need for secrecy, it would be natural to fear reprisals now. Fortunately, “this government doesn’t really care about art,” Monteras said. “They think films, literature, even protests are not effective to take them down. They are just concerned of social media. They really are pouring big money in social media to create fake news, to payroll pro-government bloggers.”

As the director asserted that hip-hop is about politics and protest, he sees the role of film and the arts in general as raising awareness and amplifying voices, and he hopes it begins now. “It’s a long way to go,” he said. “But I think as long as people continue to fight, and voice out their opinions, I think in the long run it will be effective.”

As for his own first feature film, he said the movie title is not just about his aspiring rapper’s quest for street cred. “The movie is about human rights -- ‘respect’ for human rights. Our country right now has a very, very big problem with human rights,” he said.

“If you are an advocate for human rights, people on social media will attack you,” he added, referring also to misogyny evident in society.

“I just wish that other filmmakers would also use their voices to say something in the films,” the director added.

Thinking ahead to his next project, an adaption of classic Philippine comic book “Pedro Penduko,” he analyzed, “Even though it’s a mainstream one, I still think that at the end of the day, it’s still about evil vs. good and I think I’ll be able to use it to still say what I feel is happening in our country.” 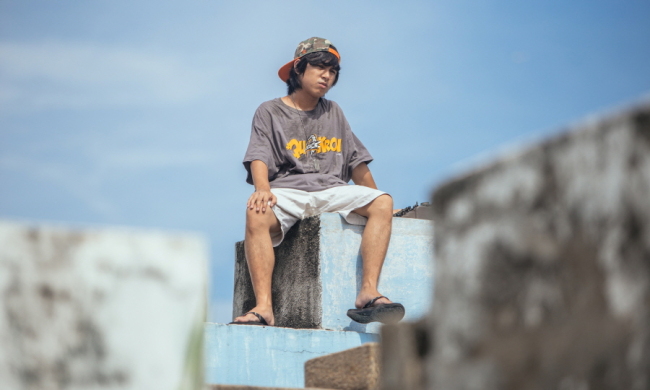