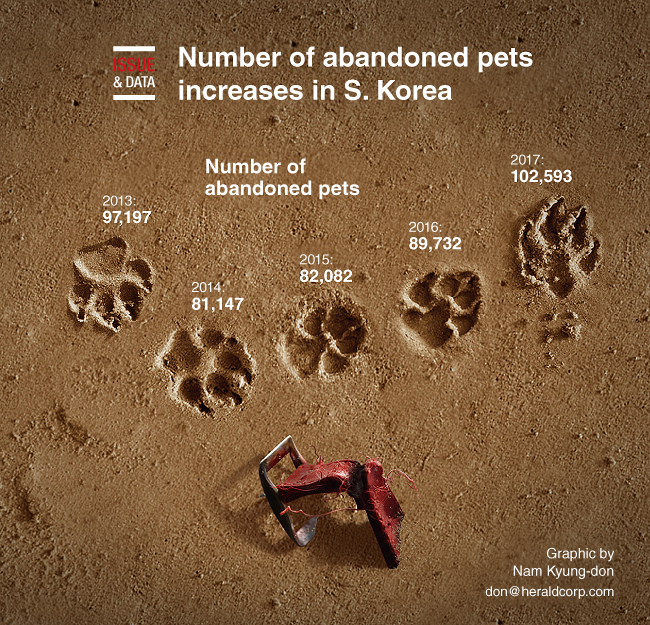 The number of abandoned animals continued to increase in South Korea, amid the growing number of households raising pets, government data shows.

In the wake of allegations that an animal activist put down more than 230 rescued dogs, calls are growing for the government to revise laws to stop the vicious cycle of pets being massively produced in breeding farms, abandoned and put down.