Veilhan rose to international acclaim with his 2009 exhibition at Versailles, and participated in the French Pavilion at the 2017 Venice Biennale.

The exhibition at 313 Art Project’s two galleries comprises a total of 18 works that demonstrate the French artist’s interest in diverse forms of sculptures.

The exhibition includes the artist’s signature aluminum sculptures that look like digitally-rendered images in 3D.

The geometrically rendered sculptures of people on show include “Jana,” a standing sculpture made with birch plywood, as well as a carbon sculpture titled “Marc.” 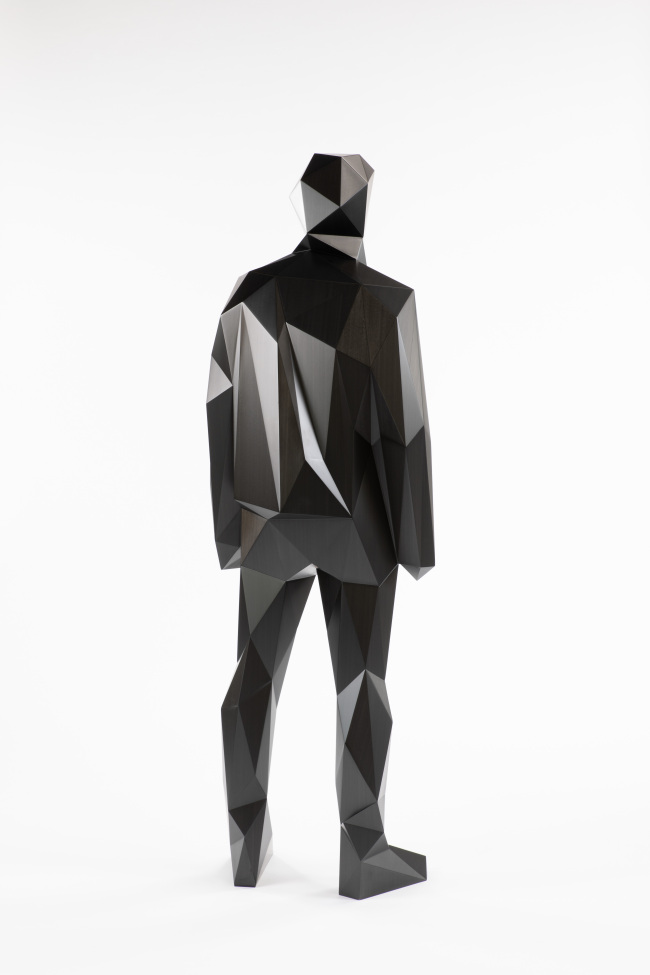 "Marc" by Xavier Veilhan (313 Art Project)
“Studio Lines,” a polished stainless work that depicts a scene that took place at the musical pavilion “Studio Venezia,” Veilhan’s installation at the French Pavilion during the 2017 Venice Biennale, is also being displayed.

There is also the artist’s latest attempt to cross 2D and 3D works, “Ghost Landscapes,” a series of works featuring engravings on metallic surfaces to depict silhouettes of clouds.

Another work on display is “Rays,” a series of wall sculptures in which the artist attempts to combine the material qualities of 2D paintings and 3D sculptures.

The exhibition runs through Feb. 15.