Sweetness is a given, but there are other elements as well.

“Both aroma and acidity are important to me,” Jang said.

“I want the chocolate to have a clean finish and I need to a certain degree of acidity to achieve that,” the 32-year-old explained.

The fragrant acidity of green citron lands fresh and vibrant on the palate, melding with the dark chocolate ganache with which it has been blended.

“I selected a very acidic dark chocolate for the center,” Jang revealed the tartness of the citron was purposefully married with a similar minded chocolate.

The slight bitterness of the dark chocolate and the lime-like aromas of the citron act as the perfect foil to the creamy, sweetness of the white chocolate covering it.
Jang’s green citron chocolate is one of 20 bonbons, bite-sized filled chocolates, at her newly minted chocolaterie, which opened less than a month ago in Seoul’s Samseong-dong.

Before Jang opened Adore, she was working at a Seoul-based chocolatier.

After working there for six years, she decided she wanted to do something new, so Jang took a six month hiatus and traveled, gaining inspiration from each trip.

“I learned a lot about ingredients, about spices,” said Jang.

Six months later, Jang was making Valentine’s Day chocolates for a restaurant when she had her “aha” moment.

“I realized I wanted my own kitchen, so I decided to open my own shop,” she said.

Fast forward to December, where after another six months spent testing recipes and getting the space ready, Adore opened its doors in a quiet, secluded nook of Seoul.

The space itself conjures chocolate with its varying shades of brown and use of cacao nibs as a decorative backdrop for Jang’s bonbons.

There is no seating, just chocolate and coffee, which one can, if so desired, nibble and sip on while standing.

At Adore, Jang has separated her bonbons into two categories -- classic and signature.

Colorful and eye-catching, Jang’s signature collection features a wide range of flavors that incorporate plenty of local ingredients, like her fragrant “bang-a” bonbon.

Often called “Korean mint,” “banga,” a herb that tastes like licorice and is used in Korean temple cuisine, adds a light grassy, aromatic accent to a ganache crafted from both milk and dark chocolate.

Enrobed in white chocolate this bite-sized chocolate tastes like ginger ice cream, ever so slightly spiced and sweet.

While Jang’s classic collection is not as visually flamboyant as her signature collection, it is equally toothsome.

There is her take on Korean cinnamon punch, “sujeonggwa,” with its mouthwatering combination of cinnamon, ginger and honey.

In addition to bite-sized bonbons, Jang also crafts delicious bars of chocolate, including an addictive “yulmu and caramel” tablet.

“Yulmu,” also known as Job’s tears or adlay millet, is fried into puffed, popcorn-like orbs and scattered throughout the milk chocolate bar along with bits of butterscotch.

While 20 bonbons and seven bars form an already substantial line-up of chocolate, Jang said she is still working on new treats to add to her repertoire, including seasonal treats for Valentine’s Day. 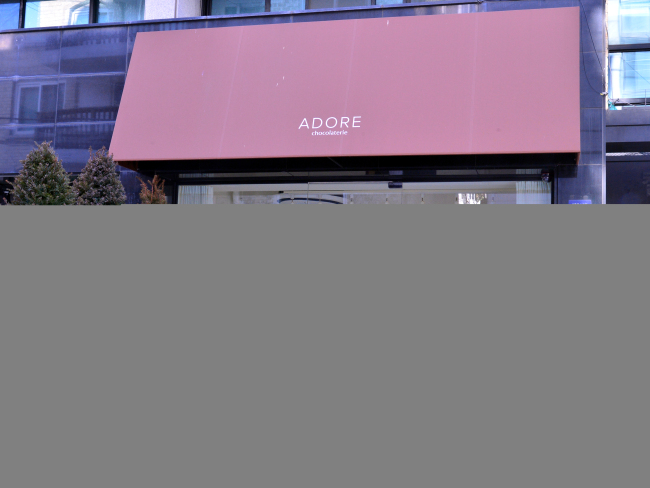