Marking the fifth anniversary of the band’s debut, the first episode of the show is scheduled to air on Jan. 16, featuring four members of the group -- Youngjae, BamBam, Mark and Jinyoung. 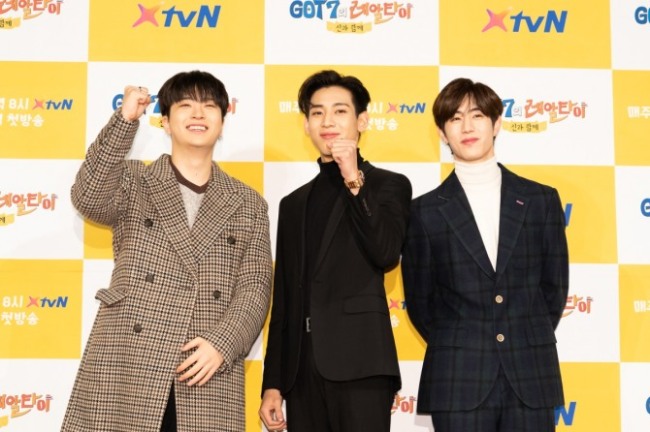 During the trailer, which was unveiled at a press conference Monday, the bandmates were told to discover the wonders of the country. Through the journey, viewers are expected to see the four members enjoying themselves, trying local cuisines and visiting lesser-known places in Thailand.

The trailer also featured a crowd of fans welcoming the group at an airport upon its arrival, giving a glimpse into the band’s popularity in the country.

The producer of the show, Lee Won-hyung, said he wanted to make a show that is different from others that feature idols by showing an authentic side of GOT7 that viewers have not seen before.

“We wanted to put on display GOT7 not as an idol group but a more innocent side of them as humans instead, which I think worked out in the ended,” Lee said.

BamBam, who originally hails from Thailand, played an important role on the show, as the Thai native helped the rest of the cast overcome language and cultural barriers. He said he was busy “being a guide” this season.

He also showed interest in going to different countries and learning about different cultures in the future, citing India as an example.

When asked about comedian Hwang Jae-sung, who takes on the role of a presenter as well as a number of local gods, BamBam said there was “a lot to learn” from Hwang. 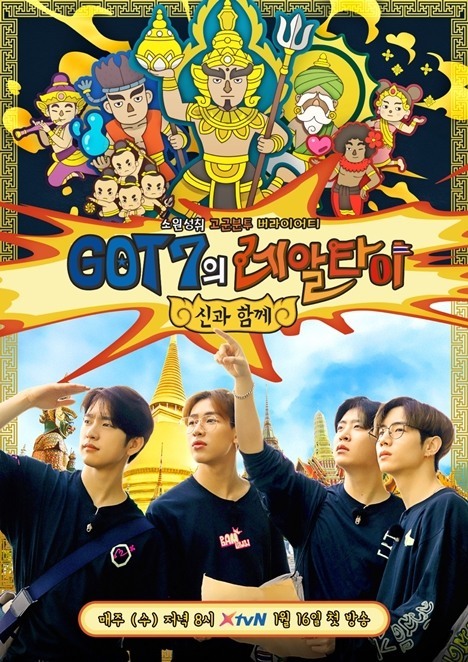 “Given that dancing, singing, recording and songwriting have been our main jobs, making people laugh is not our strongest point (as singers). We were given a great amount of advice,” BamBam said of Hwang.

The cast members quipped that the rest of the band thinks they are just on holiday, which they explained is far from the truth.

The show airs at 8 p.m. on Wednesday night on XtvN.