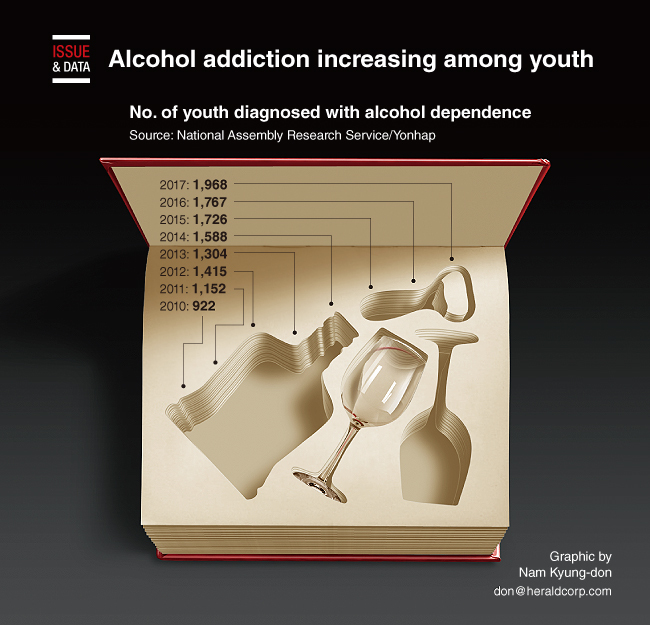 The number of young people getting treatment for alcohol addiction neared 2,000 last year, doubling from seven years prior, a report said.

The drinking rate among the young is declining, but the severity of problems from drinking is still heavy, with one 1 in 2 young peole drinking to dangerous levels, the report from the National Assembly Research Service said.