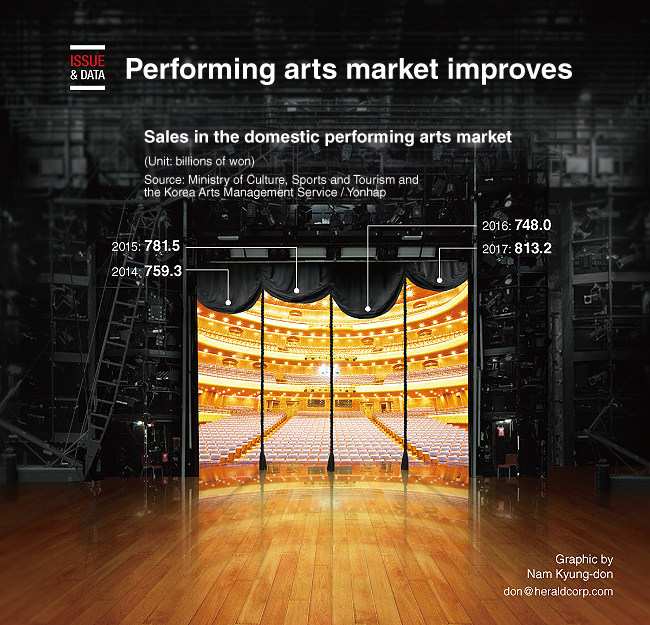 According to data released by the Ministry of Culture, Sports and Tourism and the Korea Arts Management Service, the nation’s performing arts market grew 8.7 percent from the previous year to 813.2 billion won ($721 million) last year.

It is the first time that the domestic performing arts market has exceeded 800 billion won since 2007, when compilation of relevant statistics began.