[Graphic News] Russian arms industry No. 2 in world, right behind US 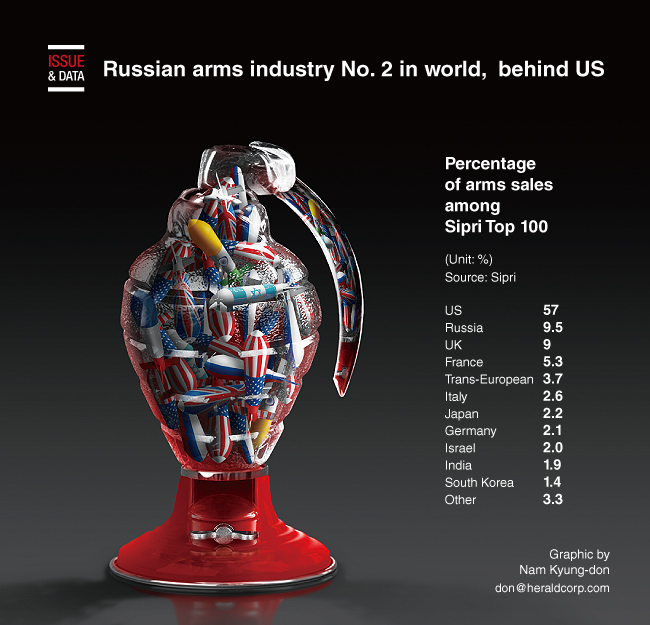 Russia has overtaken Britain to become the world’s second-biggest arms producer, surpassed only by the United States, the Stockholm International Peace Research Institute said in a recent report.

Russia had 10 companies on Sipri’s 2017 Top 100 list, which identifies the world’s leading arms-producing and military services companies. The 10 companies’ sales totaled $37.7 billion, Sipri said, 9.5 percent of arms sales by all countries on the list.

That put Russia in second place, a position previously held by Britain since 2002.

The figures exclude China, for which no data is available, Sipri stated in the report.